Girls Gone Wild creator Joe Francis has a few choice words for the jury that convicted him of false imprisonment and assault — a few choice, foul words. 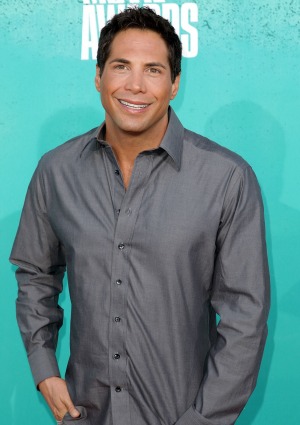 No one ever accused Joe Francis of being a shrinking violet, and his most recent interview proves that point. The Girls Gone Wild creator was recently convicted of three counts of false imprisonment and one of assault after three women accused him of holding them prisoner in his home, and he’s rather ticked off about it.

In an interview with The Hollywood Reporter, a drunk Francis (the writer reveals they downed four bottles of wine before their chat) rages against the jury in the most obscene terms.

Madonna is too wild for Joe Francis >>

“I want that jury to know that each and every one of you are mentally f***ing retarded and you should be euthanized because, as Darwin said, you have naturally selected yourself,” Francis said. “You are the weakest members of the herd. Goodbye! And if that jury wants to convict me because I didn’t show up, which is the only reason why they did, then, you know, they should all be lined up and shot!”

“The problem with the jury system is that anyone who’s not smart enough to come with an excuse to get out of jury duty doesn’t get out,” he continued. “Only the stupidest of the stupidest people end up on juries, you know? I’ve never met a smart person who’s done jury duty.”

In addition to being “stupid,” Francis said the jury and all of his other critics must have small penises.

“You know why I’ve been criticized, why I’ve been brutalized?” he asked. “Anybody who criticizes me, anybody who — it’s just a jealous guy. Everybody who says, ‘Oh, Joe Francis is this’ — look at their penis and tell me if it’s small. Tell me!”

In addition to the current case for which he could face prison, Francis has already spent time in jail in both Florida and Nevada, lost a defamation lawsuit to Steve Wynn to the tune of $20 million and has been indicted on charges of filming underage girls and tax evasion.

Francis will be sentenced for his current crimes in July.