Bradley Cooper has been in Hollywood for almost 15 years, but many first noticed him in 2009’s The Hangover. So what changed in that film to make him the object of our affection? 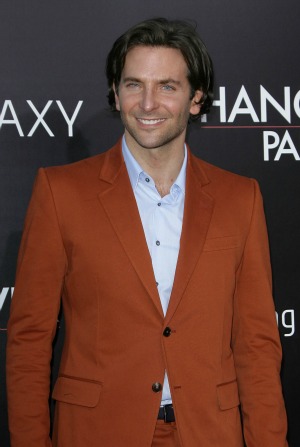 The Hangover was not Bradley Cooper’s first role. In fact, it was far from it. The actor’s first part was in 1999 on Sex and the City, and since then he has acted in numerous TV shows and blockbuster movies, like Wedding Crashers and Yes Man.

So why is it that many people first noticed him in the 2009 film about a bachelor party gone wrong?

For Hangover director Todd Phillips, the answer is simple.

“I said to him in the early stages of filming the comedy, ‘We’re going to turn you into a leading man, but first we have to grow your hair,'” Phillips said, according to Yahoo. “Something about the long hair, it registers more pain. It’s also his extraordinary acting ability.”

That hair has become one of Cooper’s signatures, but Phillips is right about Cooper being a leading man with extraordinary acting ability. In the four years since the first movie in the franchise came out, Cooper has taken himself from a supporting actor to a certified A-lister with an Oscar nomination.

The Hangover Part III baby is all grown up >>

Phillips said he saw the potential in the actor and knew what he could do with it.

“There are a lot of guys who believe in other guys, and that’s how I feel about [Bradley],” Phillips told Yahoo.

At Monday’s premiere of The Hangover Part III, Phillips was reminded of his quote about having a part in Cooper’s path to success, but he doesn’t seem to feel the same way he did in 2009.

“No, no, it wasn’t me,” Phillips told Yahoo. “Bradley took the ball and ran it down the field. He is just so f***ing talented.”

However, co-star Ed Helms also agreed with Phillips, about both Cooper’s hair and talent.

Failure to launch? Bradley Cooper lives with his mom >>

The Hangover Part III is in theaters Thursday, May 23.