Just when you thought it was safe to put away the fringed vest, flowy skirt, and big floppy hat, the dates for Coachella 2014 have just been announced. 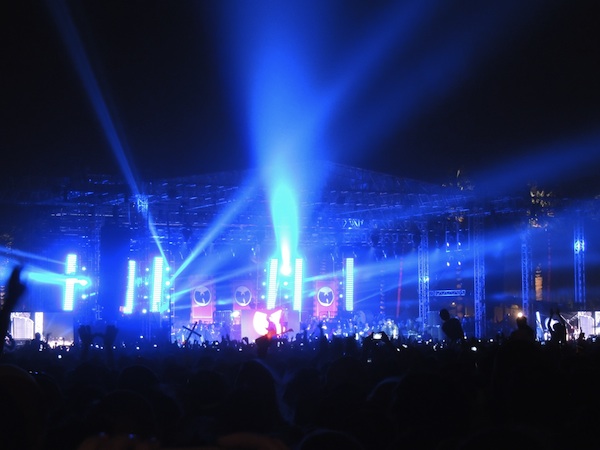 Here is the announcement you have been waiting for— the dates for Coachella 2014.

Tickets will go on sale at the Coachella website on May 24.

Once again, fans will have two weekends of concert-going to choose from, and as we learned from this year, the bands will most likely again be the same each weekend, but the stage lineups may switch.

Of course, we will not know the actual lineups until much later, but we’d like to take this time to make our predictions.

Daft Punk — This kind of goes without saying, but after Daft Punk was rumored to be performing this past year, they are all but guaranteed to perform at Coachella 2014.

Kanye West — He played Coachella in 2011, so it’s familiar territory for ‘Ye. With his new music, Kanye would be a great addition to the Coachella lineup — if he’s not too busy changing baby diapers.

Get Coachella fashion tips from the stars >>

Stone Temple Pilots — They don’t need Scott Weiland to play Coachella, but it would have made it more of a sure thing. As it is, STP with new frontman Linkin Park’s Chester Bennington would be a great addition.

Foo Fighters — Because we love them.

Arcade Fire — The good money is on Arcade Fire. The last time they headlined Coachella was in 2011, and rumor has it that they have new music coming out later this year.

Miguel — After his amazing performance this year on Saturday Night Live, he’s totally performing in Indio next year.

David Bowie — His new album had many thinking he was going to be in 2013’s lineup. Coachella needs a big name like Bowie.

So what are your Coachella 2014 predictions? Have we forgotten anyone? Let us know in the comments below.