Tornado-plagued Mike and Molly finale pulled from the schedule. 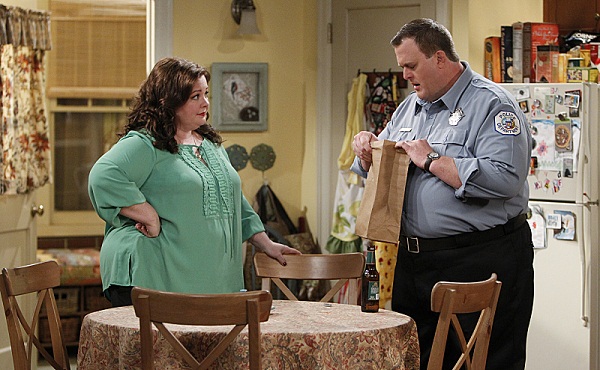 We hope you weren’t looking forward to catching up with Melissa McCarthy on the Mike and Molly finale. If so, you’re about to be seriously let down: CBS has pulled the finale from air because of its tornado-centered plotline.

In the wake of yesterday’s twister tragedy in Oklahoma, CBS has decided to pull the tornado-themed Mike and Molly finale and air a rerun instead. The network has yet to announce an airdate for the episode, but we’re told it will (eventually) air.

This is the official statement from CBS:

We respect this decision. But it’s not the first time historic events have delayed or changed Hollywood’s schedule. After the Boston Marathon bombing, an episode of Castle featuring a bomb was pulled from the air. It’s also been reported that Ryan Gosling’s Gangster Squad had a scene cut from the final movie after the movie theater shooting in Aurora, Colo. Then, when Glee decided to air an episode about a school shooting several weeks after the massacre at Sandy Hook Elementary, many viewers were upset that it aired at all (among other issues they had with the episode).

Decisions like this must always be tough calls. On the one hand, you never want to look insensitive. Nor do you want to put salt in the country’s open wounds. On the other hand, some might suggest that the adults who watch shows like Mike and Molly and Castle should be able to separate television from reality. Sadly, pulling the episode doesn’t change the fact that the terrible event still happened and it won’t bring back the victims. Using television as a way to address the more preventable tragedies doesn’t seem to have any effect on policy, either. It appears that whether networks pull untimely episodes or not, there’s really no winning situation once tragedy has struck.

We hope you can find something more positive to watch in the finale’s place. We’ll keep an eye out for a possible reschedule date.