Showrunner Jeremy Carver hints at a possible return for Bobby in Supernatural Season 9, and we give our theories as to how it might just happen. 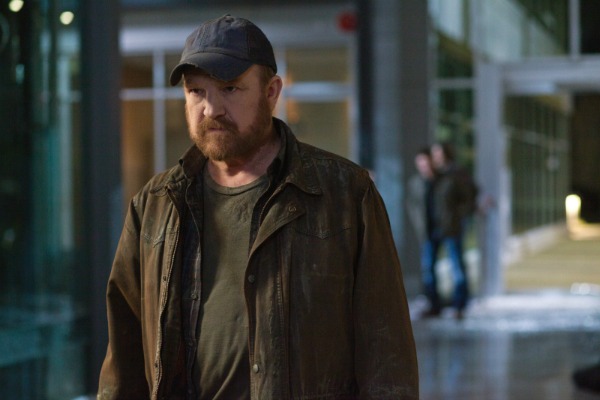 Now that Supernatural Season 8 is over, all eyes are looking beyond the dreaded hellatus to October when the show returns for Season 9. One character that a lot of fans are wondering about is Bobby, and showrunner Jeremy Carver talked to Screen Rant about his possible return.

Though Bobby originally died in Season 7 (not just once, but twice), he made a triumphant return in Season 8 when it was discovered that Sam had to break him out of purgatory as part of the trials to close the gates of hell. The decision to bring Bobby back was based mostly on the story itself, Carter said.

“I never think, ‘Oh wow, who can I bring back?’ I always think of it in the sense of, ‘Oh wow, who would be right for this particular story,'” Carver revealed.

Does that mean that it’s likely we’ll see him again in Season 9?

“You know, we were saying all season, ‘You never know what’s going to happen to Bobby,’ and I think we’ve found a — I can’t believe I’m going to say this word — believable way to bring him back from Hell. I think now that Bobby is presumably in Heaven that it certainly does open up the question of whether or not we might see him again.'” Carver said.

Sam or Dean could die and go to heaven (again)

This would bring Bobby back without necessarily cheapening his death. With all of the angels booted out of heaven and Metatron apparently up there ruling things, who’s to say that Bobby couldn’t be asked to help out? Maybe we’ll catch him and Ash hanging out having beers when Sam (Jared Padalecki) or Dean (Jensen Ackles) gets up there and then they’ll all work together to defeat Metatron. When it was all over, he would still be there, but it’s one way to technically get him back on the show.

He could make a deal with a demon

All right, so this idea is a bit more far-fetched, seeing as how there are no demons up there in heaven with him, but people make deals with demons on behalf of others all the time. The way we see it, a human would have to make a deal with a demon, and that demon would have to find a way to get to Metatron (because he’s running the show up there). It would be a lot of trouble for just one person, but you never know how much Bobby could be worth to either side when the chips are down.

A spell that has yet to be discovered 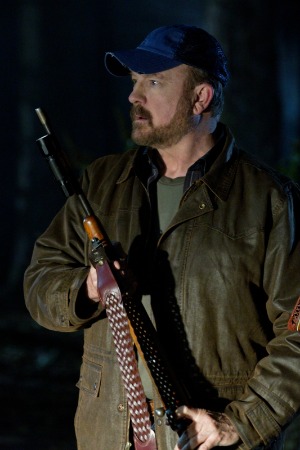 This is really the most believable option. With a show like Supernatural, there are always spells sitting around that the boys haven’t discovered yet. As the years have gone by, they’ve figured out how to do things they once thought were impossible, such as the cure for a vampire when Dean was bitten. If Bobby Singer was truly needed, I have a feeling the boys could find a way to bring him down from heaven.

He could open the doors and walk out

The last time we saw him, Bobby made it very clear that he wasn’t all that interested in retiring from life as a hunter to go hang out in heaven and smell the roses. In fact, he told Sam straight up that he would very much like to come back to earth and rejoin the fight. So what if the clever old bird found his own way out? Every other option involves him being “rescued” in a sense, but Bobby’s no princess — he doesn’t have to wait for someone to break him out. What if he just finds the locked gates and marches out on his own? Heck, maybe he’ll even defeat Metatron along the way and help return the angels to heaven.

Want Supernatural updates sent directly to your email inbox? Sign up for our SheKnows newsletters! >>

Here’s another method that lets fans get back their beloved Bobby without cheapening the heroic death he had on the show. We love Bobby but we don’t necessarily have to see him in the present. After so many seasons, they don’t even necessarily have to go back that far to find a moment in time where Bobby was alive but we missed something. Maybe it was on a case where we only saw Sam and Dean’s side, or maybe it’s some missing bits of a case we already know about. It’s quite possible to get our Bobby fix without changing his current status.

What do you think? Could Bobby come back in Supernatural Season 9? More importantly, do you think he should come back?