Johnny Depp and Armie Hammer fight for the little guy in The Lone Ranger. In the latest trailer, they take down criminals one runaway train at a time. 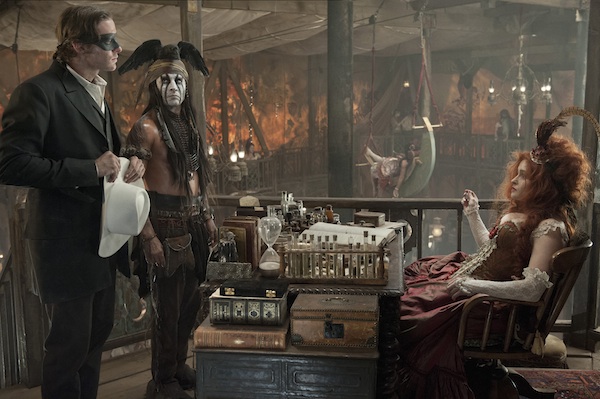 “Witness the birth of an American legend.” Those words appear in the latest trailer for The Lone Ranger. The action flick is a big-screen adaptation of the classic radio-turned-TV hero. For this incarnation, Armie Hammer plays the title character, while Johnny Depp is his partner, Tonto.

The legend of the Lone Ranger is told from Tonto’s perspective. He reflects on the events that transformed John Reid from a law-abiding citizen into a renegade. Once he put on the mask, he represented real justice. On paper it made him an outlaw, but in the West it made him a hero.

The Lone Ranger’s set in a place where corruption runs rampant. Everyone is for sale, and greed is king. Both Reid and Tonto despise this way of life. That’s why they join forces to clean up their town and seek revenge. They encounter some colorful characters along the way and stick to their guns (no pun intended).

The film is produced by Jerry Bruckheimer, who previously worked with Depp and Disney on the Pirates of the Caribbean franchise. Like those films, The Lone Ranger is filled with action and humor.

The Lone Ranger is directed by Gore Verbinski and opens in theaters July 3.