They are crazy, nonsensical and just plain awesome. We’ve compiled seven of the most inexplicable music videos of the early 2000s. 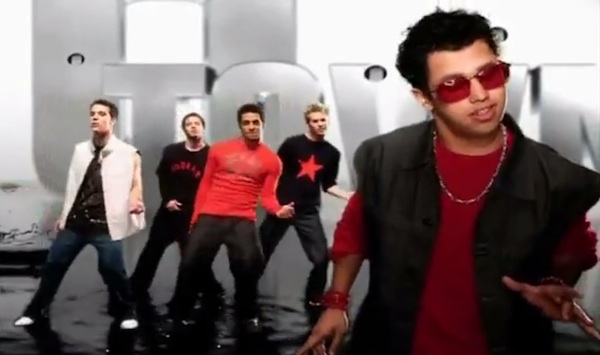 Like the golden age of jazz or the disco era, the early 2000s could probably be considered the “what are you thinking” music video years. Remember, this was when computer animation was just getting good and people were experimenting. Sometimes the results were awesome, and sometimes — well, sometimes you end up looking like a manufactured boy band that won’t have a career in two years.
1
1

I can totally picture this creative meeting. Someone got a new computer program that could make water people and they really wanted to use it in a music video. So he found a boy band and had them write a song about ladies. Voila! “Liquid Dreams.” By the way, don’t think that we don’t know what this song is about. You are 18-year-old boys. We’re not stupid. Oh, and a “morpharotic dream from a magazine”? That’s not even a thing.

Five — “When the Lights Go Out”

Ok, wait. Why did the guys from Five just break into a bowling alley? Did they do it to save the girls who were clearly locked in there when the last bowling alley employee left? And why were those poor girls bowling in five-inch platform shoes? That is against bowling alley rules. What rebels!

The Darkness — “I Believe in a Thing Called Love”

This video is amazing — from the super space-tacular jumpsuit to the vicious rock-throwing crab. Lead singer Justin Hawkins camps it up with his pink-tinged hair, and of course the band saves the ship from an evil space squid. If I am ever having a bad day, I watch this video. It is certainly memorable.

A song and a video that never needed to be re-done got a 2000s update courtesy of boy band A1. As an aside, why would you name your band after steak sauce? Did you want to be the first boy band listed in the boy band directory? Anyway, my suggestion would be to skip this one and watch the original. Or, you can always pull up a steak and laugh at these boys standing still with their hands at their sides against a green screen so it can look like they are flying.

I am really worried about boy band B4-4. (Get it? Three is before the number four and there are three guys. Get it?) Why are they so orange? Have they been eating too many carrots? They should go see a doctor for that condition. Check out the matching hair and puka shell necklaces. This song is insipid.

I saved the best early 2000s video for last. What can you say about a tap-dancing Christopher Walken that hasn’t already been said? Sure it’s weird, but it’s so enjoyable!

Which music videos from the early 2000s are we forgetting? Which one makes you scratch your head? Let us know below.