Barbara Walters’ daughter, Jacqueline Danforth, was arrested on Sunday night for a DUI in Naples, Florida. This is not the type of headline Walters wanted. 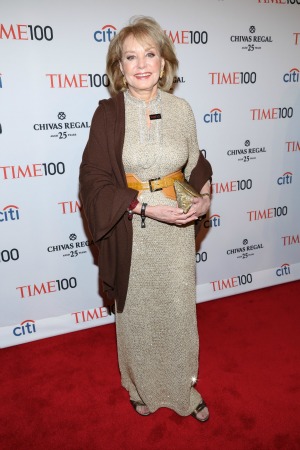 Barbara Walters has been making a lot of news lately with the emptying chairs around the table on The View and her retirement. However, on Monday, it was her daughter making the headlines for a DUI arrest.

TMZ broke the news that Jacqueline Danforth was arrested in Naples, Florida, for driving under the influence. The 44-year-old adopted daughter of Walters and her ex-husband Lee Guber has struggled with substance abuse in the past.

She was pulled over in her Honda Pilot, along with a male passenger, at 1:24 a.m. on Sunday. According to the police report obtained by TMZ, both occupants of the vehicle were intoxicated. Once the male passenger was handcuffed, Danforth became abusive toward the arresting officer.

In the police report, the officer stated, “I was afraid that the suspect may run into traffic on the highway, so she was taken to the ground due to her unpredictable behavior, then secured in handcuffs.”

She blew a .218 from a breathalyzer test which is more than twice the legal limit.

Walters’ daughter and her troubled youth were chronicled in the newswoman’s 2008 autobiography, Audition: A Memoir. The duo also discussed her issues in several television interviews over the years.

Bobby Brown sentenced: How many days for DUI No. 3? >>

In a 2003 NBC News interview, Danforth revealed some of the tough love instituted by Walters. The View creator sent an ex-Green Beret to ship her daughter off to an alternative school.

Walters chimed in, “Even though she, you know, probably kicked and screamed, she knew that things were getting so desperate, she had to go.”

Danforth spent three years at the school and eventually went on to found a program for troubled teens in Maine which closed in 2008. Even after straightening her life out, it seems that Danforth’s demons are still following her.

She was released on $1,000 bond by the Collier County Sheriff’s Office.