Beyoncé has a new single out and she declares, once and for all, that she can do whatever she wants. 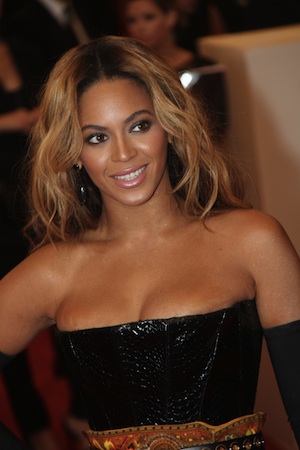 Fans got a taste of Beyoncé’s single “Grown Woman” in her Pepsi ads earlier this year, but there was no word on when we would be able to hear new music from Mrs. Carter.

That all changed last night when her new song leaked online.

Kelly Rowland dishes in her new song about her frenemy Beyoncé >>

The song, with a driving rhythm produced by Timbaland, has the 31-year-old singer aggressively declaring that she is a grown woman and she can do whatever she wants.

Toward the end, the beats turn into an African-style chant with Bey and her ladies chanting, “I’m a grown woman. I can do whatever I want,” over and over again.

So let me get this straight. What she’s telling us is that she’s a grown woman and can do whatever she wants?

Evidently doing whatever she wants does not include having another baby right now, as her husband Jay-Z has dispelled those rumors. It’s just as well, because Mrs. Carter is currently in Europe on her world tour.

Now, if you ask me, “Grown Woman” could be Beyoncé’s version of her husband’s “Open Letter” released earlier this year in response to the backlash about their Cuba trip.

What was the big deal about Beyoncé and Jay-Z going to Cuba? >>

Another Beyoncé song, “Standing in the Sun,” hasn’t been released yet but is also being used in an ad — this time for H&M.

While two tracks don’t make a full album, no one is sure if this means we’ll be seeing a new Beyoncé album this year.

Does Beyoncé really do diaper duty for Blue Ivy? >>

After all, she’s very busy doing whatever she wants.

Check out Beyoncé’s “Grown Woman” and tell us what you think in the comments.

13 mins ago
by Kay Snowden

20 mins ago
by Kay Snowden