Does Brad Pitt live a lonely existence marked by a terrible memory and only his noisy children for company? Read what the actor has to say about friendship, mental disorders and what’s really important to him. 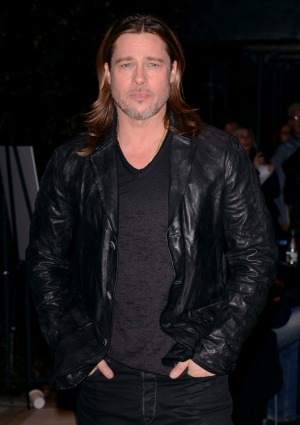 Brad Pitt may have millions of adoring fans, but the actor says he has very few actual friends. In an interview with Esquire magazine, the Oklahoma native says despite his small circle, he is perfectly happy living life exactly how it is today.

Perhaps it’s because he never remembers meeting anyone, ever. “So many people hate me because they think I’m disrespecting them,” he says. “So I swear to God, I took one year where I just said, This year, I’m just going to cop to it and say to people, ‘Okay, where did we meet?’ But it just got worse. People were more offended. Every now and then, someone will give me context, and I’ll say, ‘Thank you for helping me.’ But I piss more people off. You get this thing, like, ‘You’re being egotistical. You’re being conceited.’ But it’s a mystery to me, man. I can’t grasp a face and yet I come from such a design/aesthetic point of view. I am going to get it tested.”

There actually is a condition called prosopagnosia that causes one to not recognize what should otherwise be familiar faces. Does Pitt have that or just a terrible memory? We’re going with the memory thing.

But don’t think that the superstar actor is lonely. He has six children with his partner Angelina Jolie, and the family’s constant chaos is all the company he needs.

“I always thought that if I wanted to do a family, I wanted to do it big. I wanted there to be chaos in the house… there’s constant chatter in our house, whether it’s giggling or screaming or crying or banging. I love it,” he said. “I love it. I love it. I hate it when they’re gone. I hate it. Maybe it’s nice to be in a hotel room for a day — ‘Oh, nice, I can finally read a paper.’ But then, by the next day, I miss that cacophony, all that life.”

Read a more extensive excerpt of the interview with Brad Pitt on Esquire.com or the complete interview in the June/July issue.

Stay in the know about all your favorite celebrities — subscribe to the SheKnows Entertainment newsletter! >>