FOX’s The Goodwin Games begins with the siblings coming home for a funeral, continues with a lot of laughs and ends with some truly sweet moments. 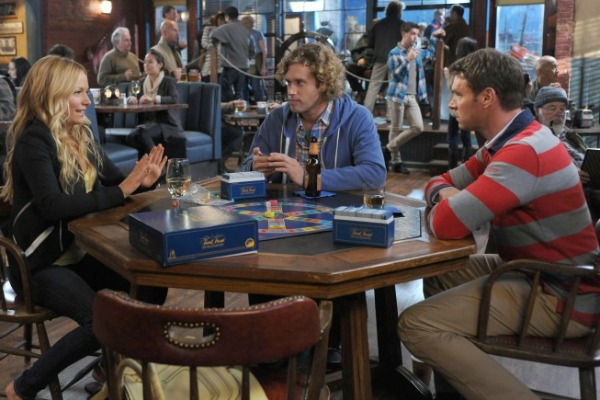 As soon as I heard that Scott Foley (you may know him as Jake in this past season of Scandal) was going to be in a comedy, I knew I had to check it out. But then I found out that the series was only seven episodes long and didn’t have much of a chance of renewal and I was sad. Normally I wouldn’t subject myself to this potential for heartbreak (what if I love it and it never comes back?), but I’ve decided to just go for it and enjoy this one as long as it’s with us. Besides, who knows? Maybe it’ll get amazing ratings and they’ll have to bring it back. Stranger things have happened, right?

The Goodwin Games is about three siblings who come back home for their father’s (Beau Bridges) funeral and discover that the man they thought had a meager savings is actually a multimillionaire. Through a series of videotaped messages, dear old dad tells his kids that only one of them will get his fortune and they have to compete with each other for it.

As oldest brother Henry (Foley), middle sister Chloe (Becki Newton) and youngest brother Jimmy (T.J. Miller) battle it out (over a game of Trivial Pursuit, no less), we learn a little more about each of them. In the end, the game is anything but over and the siblings discover that they’re going to have to become a family again.

Want to get updates about The Goodwin Games delivered straight to your email inbox? Sign up for our SheKnows newsletters! >>

“Cancel my workout. I’ll craft her a brooch in my metal shop.”

“He said he’s going to cut off my fingers and put them where my toes are. It sounds cool, but how long is that surgery?”

Jimmy trying to figure out which “joint” his dad had visited him in.

The way Ben kept responding to each of his kids from the afterlife. My favorite was him telling Jimmy to “Put it back!” 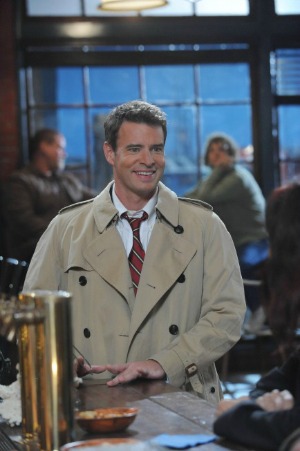 “Anything that ends ‘in prison’ isn’t bragging, buddy.”

“As your ex-best friend, bite me.”

Henry saying “fiancée” over and over.

“I could set my watch to your emotional satellite delay.”

Finding out that Jimmy had a daughter.

“Daddy, did you steal this?”

Jimmy’s daughter asking to see a receipt for the present.

“I don’t think we ever finished a game without injury.”

Everyone realizing that the Trivial Pursuit game was all about them.

Finding out that Jimmy and Chloe have never met Henry’s fiancée.

The family’s reaction to Elijah getting a million dollars.

Henry screaming that he was suing everyone in the room and the entire city.

Chloe telling April that she was “but-ass pretty.”

“Well, he didn’t get it for his up-tempo keyboard versions of holiday classics, I’ll tell you that much. Though he is a pretty good keyboard player.”

Chloe finding the message on the Scrabble board.

“I’m not giving you my address.”
“Probably wise.”

Finding out that Henry puked and peed his pants at the same time while watching Gremlins. Now I’m dying to know what scene caused that unusual, and disgusting, scenario.

The song that played over the entire finale scene.

The looks on everyone’s faces when their dad said they had to move back home.

What did you think of the pilot episode of The Goodwin Games? Are you planning to check out the rest of the series and watch all seven episodes?