TVFanatic recently chatted with Joe Mantegna, the guy behind Criminal Minds‘ Agent Rossi, about the finale. They’ve agreed to let us share a few snippets with you. 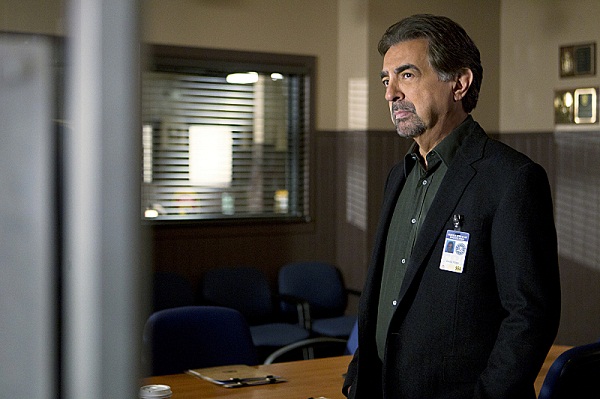 FBI Special Agent Rossi has long been one of the most well-loved characters on Criminal Minds. That’s a pretty impressive feat, too, when you consider that all of the show’s many characters have a dedicated following. Whether they’re loved for their hunkiness, their quirkiness, or their amusing intricacies, Criminal Minds fans take their beloved characters quite seriously.

Mandy Patinkin talks about his exit from Criminal Minds >>

That’s why we jumped at the chance to share part of a special interview that TVFanatic scored with Joe Mantegna, the intriguing man behind Criminal Minds‘ Agent Rossi. They asked him about this week’s finale and Mantegna has some interesting insight.

I think there will be some surprises. You want to leave them with something that they can kind of chew over during the time off. People will say, “Man. Wow. Didn’t see that coming.” It’s going to be interesting to see how it kicks off the next season. So there are things that are going to happen, and we take advantage of the fact that we have two hours to tell the story.

Eek! We’re biting our nails in anxiety for this one.

The show, which usually runs an hour, is running two episodes this week. They will work in tandem, basically creating a two-hour finale for the show. Mantegna isn’t just being coy with the lack of juicy tidbits, he’s trying to make sure viewers savor the show. When asked if he started the season knowing how it would end, he said he did. And, it sounds like he’s glad for that:

I personally didn’t know until we got the scripts. To tell you the truth, I’m not one of those actors who likes to know. Even if given the opportunity I don’t think I’d like to know how the whole next season is going to be from beginning to end. To me, it’s like somebody telling you, “This is exactly what’s going to happen to you every minute of the day for all of next week.” I like to discover things as they happen.

If you’re wondering what kind of time line we’re looking at, Mantegna told TVFanatic that the actors usually don’t get a script until a week or so out. He remained just as clueless for about as long as we have.

While our friends at TVFanatic had him on the line, they also chatted about Rossi’s developing story line, the chance for more romance, his advocacy for veterans, and the rest of Criminal Minds Season 8. So, make sure you check that out!

Join our newsletter for television news and exclusives >>

And don’t forget to tune into the finale on Wednesday at 9/8c on CBS.