Taylor Swift and Justin Bieber aren’t exactly friends, judging from a moment they shared backstage at the 2013 Billboard Music Awards. 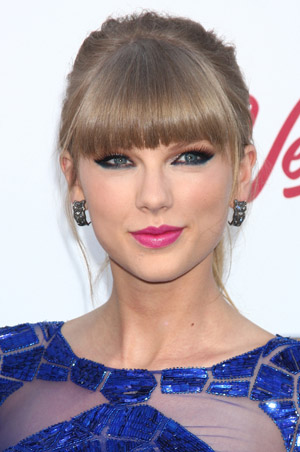 Justin Bieber didn’t have the best night at the 2013 Billboard Music Awards.

Sure, he won some awards, but the boos he received while accepting the Milestone Award left him visibly affected. Was Taylor Swift one of the people doing the booing? We doubt it, but the “22” singer is most definitely not a fan of the Biebs.

“[Taylor] hates Justin and wants Selena to have nothing to do with him,” a source told HollywoodLife.com, adding, “Taylor doesn’t like Justin at all. Unfortunately, she puts her bad relationship history onto others so nobody is happy.”

Or maybe she just knows all the crappy history behind their relationship, being Gomez’s BFF and all.

“My friends are amazing and I’m so thankful to have them, [but] the ones that are like sisters to me are Selena Gomez and Emma Stone…” Swift told PopSugar in 2011. “They can predict my thoughts; I’ve known them for so long it’s really cool to have friends that are that close.”

Gomez has the same sort of love for Swift.

“One of my favorite stories with Taylor Swift was when I was going through a very hard breakup. She came to my house at 10:30 at night and knocked on my door. I opened it, and she had two big bags of junk food, cookies, Snickers and soda,” she once told Ryan Seacrest. “She put it on the table, put her laptop on, we made a video, and she told me that now we could look forward to breakups, since we know the other one will get us junk food.”

Maybe Swift is just ready for another junk food and gab session?