In honor of Jewel’s Greatest Hits tour, SheKnows takes you down memory lane with some of Jewel’s fashion hits and misses over the years. 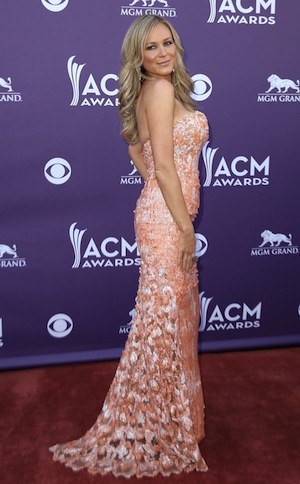 OK, so did you see Jewel at this year’s ACM Awards in Las Vegas? I mean, did you see her?

Her hair was perfect! That dress was stunning! She looked amazing.

She has come a long way from the blue-eye-shadow-wearing days of 1996 when “Who Will Save Your Soul” came out.

And now that Jewel is embarking on a Greatest Hits tour, we thought we would take a look back at the songstress’ wardrobe hits and misses over the years.

Personally, I don’t think anyone should be judged by what they wore in the ’90s, but we’re going there anyway.

We did some digging, so come with us on a journey as we look back at one of our favorite singer/songwriters and her fashion through the years.

1997
Check out the black stockings with black shoes. And that top! 1997 wasn’t flattering for anyone.

2000
The gold brocade coat isn’t doing anything for her figure, but I like the straight, sleek hair.

2002
This rocker look is tearing me (tearing me, tearing me) apart. And yes, it is also breaking my heart.

2004
I don’t think there’s necessarily anything wrong here, I’m just not crazy about this outfit.

2005
Cute dress over jeans was the look in 2005, and Jewel pulls it off perfectly (but I would have liked it better if she’d ditched the jeans).

2007
Jewel looks amazing in this color! Although I have to say, I thought this was Britney Spears at first.

2009
Talk about sexy! (by the way, the cane is because of a Dancing with the Stars mishap with her knee)

2010
What a gorgeous Grecian dress in a lovely hue. Jewel looks like a jewel!

2010
WOAH! The movie may be Kenny Chesney: Summer in 3D, but you need 3D glasses to look at Jewel’s dress.

2012
Jewel is pretty in pink. It looks like she’s completely got it together — head to toe.

What do you think of Jewel’s fashion choices through the years? Which one is your favorite? Let us know below.