Michael Bay’s added another actress to the Transformers 4 cast. Chinese star Li Bingbing has signed on for the latest entry in the robot franchise. 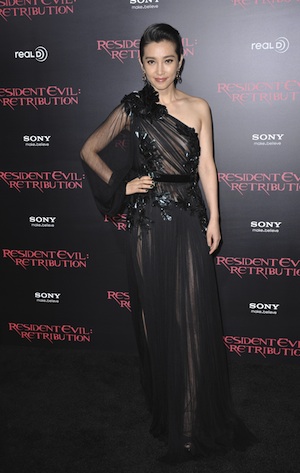 The cast of Transformers 4 is going international. Not only will portions of the film be shot in China, but there will be some native stars. Actress Li Bingbing (Resident Evil: Retribution) has joined Michael Bay‘s blockbuster production.

Monday, Paramount confirmed that Bingbing would star alongside Mark Wahlberg in the film. Bay also chimed in about the movie’s latest addition.

“I am excited to have Li Bingbing join our cast and to be shooting portions of the movie in her native China. I have always aspired to work with the best actors and this cast is especially exciting now with the addition of Li,” Bay said.

It’s fair to say Bingbing’s casting was part of the studio’s partnership with China Movie Channel and U.S./Chinese streaming company Jiaflix. According to Deadline, the initial idea is that they’ll “cooperate with Paramount in broad-based support of the production of the film in China.”

It’s no secret that China is a goldmine for American action films. Hollywood’s constantly trying to work with the country to get movies into theaters there. Marvel went as far as releasing a different cut of Iron Man 3 to appease viewers and Chinese partner DMG Entertainment.

China’s a major cornerstone of the international market. It looks like Paramount’s doing everything it can to ensure Transformers maintains its blockbuster status.