It’s the beginning of the end tonight for Season 16 of Dancing with the Stars, as the first half of the two-part finale premieres. Curious about the celebs who made the cut? We’ve culled a few fun factoids about the final four: Kellie Pickler, Zendaya Coleman, Jacoby Jones and Aly Raisman. 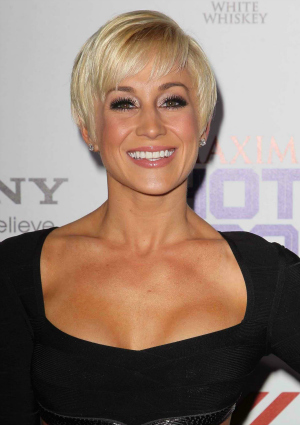 Talk about service with a smile! Before winning over America’s heart as the silly, naïve small town girl on Season 5 of American Idol, Kellie made ends meet as a roller skating waitress for the popular fast food drive-thru joint, Sonic.

Bald or not, Kellie is always beautiful in our book — and we’re not the only ones who think so. This year, the blonde bombshell earned a spot on Maxim’s Hot 100. Her response? “I have met some beautiful people on the exterior, but as soon as they open their mouths, it’s like ‘eww,” she says. “People ask, ‘What’s beauty?’ I think it is when you have a good attitude, and I think that really shines through.”

Like any good girl, Kel harbors a minor addiction… to shoes. On the best thing about being famous, she told the Richmond Times Dispatch, “Now I can afford my shoe addiction, “But the hardest thing is finding a closet to fit them all. My dining room is my shoe closet right now.”

Before she ever officially became a contestant on Dancing with the Stars, Disney star Zendaya Coleman clearly had her eye on that shiny mirror ball. “If I could have a Dancing with the Stars partner, it would be Michael Jackson,” she divulged, “but since I can’t anymore — sadly — it would be Roshon Fegan.” FYI… Roshon is an actor/freestyle dancer who costars with Zendaya in the Disney series Shake It Up.

Ever wonder what the story behind Zendaya’s unique name is? Well, her dad kind of made it up — but it did evolve from a special meaning. “It means ‘to give thanks’ in the language of Shona, which is an African language. It was originally Chendaya or something like that, but my dad was really a fan of Z’s at the time. All my brothers and sisters have Zs in their names. So he added that, plus the whole ‘Zen’ factor. So it’s kind of a creation, plus a little bit of the language, so it’s really cool.” 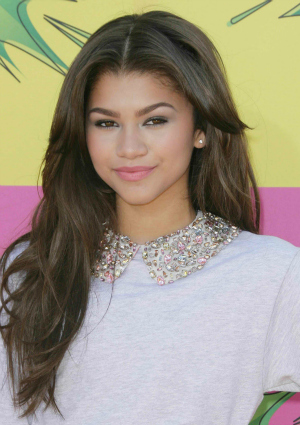 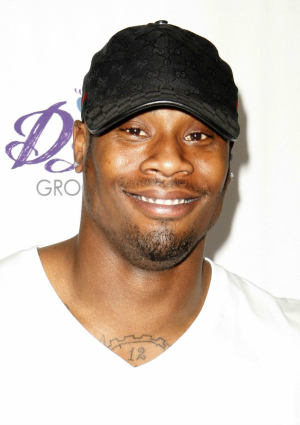 If ever Ravens fans needed another reason to love Jacoby, customers of Gardiners Furniture in Baltimore sure got a big one. The furniture emporium vowed that if the Ravens scored on a kickoff return to start the game or second half, it would refund the purchase price of all furniture bought between January 31 and game day. After Jacoby’s epic return, they kept their word!

Mama Jones — an audience fixture this season — knows how to entertain! Since the Super Bowl was held in New Orleans so close to Jacoby’s home, his mom made a heaping, home-cooked meal up for the entire team and their families. What was on the menu? Southern faves like gumbo, jambalaya, mac n’ cheese and bread pudding.

What does this super athletic dude enjoy doing when he isn’t making historic 108-yard kickoff touchdown returns or wowing the judges with his Argentine tango? Word has it Jacoby loves to tear up the water on a jet ski.

She may be a gold medal-winning Olympic gymnast but, in many ways, she’s your average teenage girl — particularly when it comes to what’s on rotation in her iPod. Although she says she’s a fan of pretty much all genres of music, Aly confessed to WHDH.com, “I do listen to Justin Bieber.”

Coming soon to a clothing store near you? Sure, if she has anything to say about it. “When I’m older, I want to have my own workout clothes line, like leggings and cute jackets in bright and fun colors,” Aly revealed during an interview with Us Weekly. 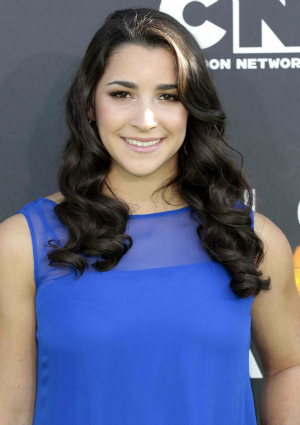