Ray Manzarek, the founder and keyboardist of legendary rock band The Doors, has died. He was 74 years old. 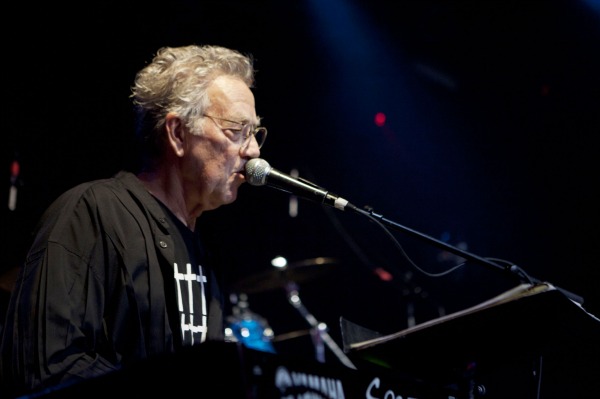 The co-founder and keyboardist of The Doors, Ray Manzarek, has died, confirms his publicist. He was 74.

A statement on the band’s Facebook page reads, “Ray Manzarek, keyboardist and founding member of The Doors, passed away today at 12:31 p.m. PT at the RoMed Clinic in Rosenheim, Germany after a lengthy battle with bile duct cancer.”

“I was deeply saddened to hear about the passing of my friend and bandmate Ray Manzarek today,” Doors guitarist Robby Krieger said in a statement. “I’m just glad to have been able to have played Doors songs with him for the last decade. Ray was a huge part of my life and I will always miss him.”

The Chicago native met legendary singer Jim Morrison in Los Angeles in 1962 and founded The Doors together in 1965. “We knew once people heard us, we’d be unstoppable,” Manzarek wrote in his 1998 biography Light My Fire. “We knew what the people wanted: the same thing the Doors wanted. Freedom.”

Manzarek co-wrote many of The Doors’ classic hits, including but not nearly limited to “People Are Strange,” “Hello, I Love You,” “Riders on the Storm” and “Light My Fire,” a prime example of his ground-breaking keyboard work.

The timeless appeal of The Doors was not lost on the keyboardist. When asked by the San Francisco Chronicle if he ever got tired of playing the same songs over and over for decades on end, Manzarek replied, “I love how the young people of today can understand and get excited by the Doors’ music. I love that. I think it’s a tribute to their intellect.”

Manzarek is survived by his wife Dorothy, son Pablo and brothers James and Rick.

Births, deaths, and everything in between — keep up with it all by subscribing to the SheKnows Entertainment newsletter! >>