This one’s for you, lady history buffs. 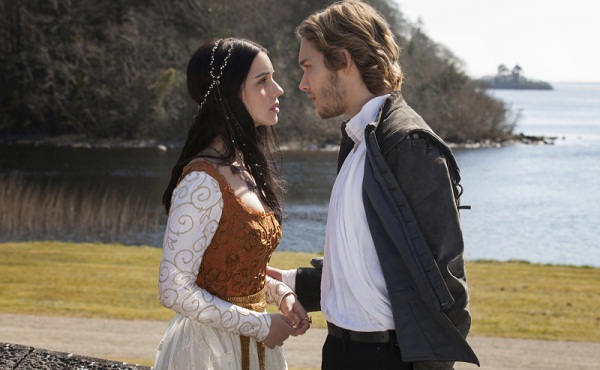 Calling all romance-loving, strong-woman appreciating history fanatics! The CW recently dropped the first preview for fall’s Reign and it looks like it’s going to be right up your alley. And by “alley” we mean “cobblestone street,” obviously.

Check out the first preview:

How does that look? Between the dramatic music, the fancy dresses, the leather-clad men and the telling introduction between Mary and Francis, we’re already giddy. Believe it or not, it only gets better. Watch this first clip to see if you can spot the familiar face, ladies.

If that carrot-topped mother looks familiar, that’s probably because she is! It’s none other than Anne of Green Gables herself, Megan Follows. She plays Catherine de Medici, Henry II of France’s wife and mother to Francis, future king of France. And, not to give away the entire story or anything: He’s the future husband to Mary, Queen of Scots (Adelaide Kane), around whom the show revolves. (Don’t even start about “spoilers!” C’mon. It’s historical fiction. A little bit of Googling could give you this very detail for yourself.)

The most intriguing part of The CW’s pitch is this simple sentence: “It details the secret history of survival at French Court amidst fierce foes, dark forces and a world of sexual intrigue.” Oo la la!

If you loved HBO’s The Tudors, own a copy of The Other Boleyn Girl or Marie Antoinette, thoroughly enjoying STARZ’s Da Vinci’s Demons or just love girls in fancy dress, this show is for you. There’s no official word on the series’ premiere date, but we promise you we’ll keep you updated on this little gem of a show!

Keep up-to-date on all the new TV coming this fall: sign up for our newsletter >>