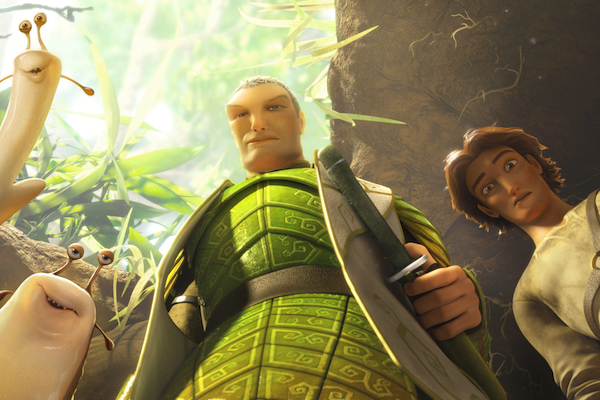 Seventeen-year-old Mary Katherine (Amanda Seyfried), or MK as she likes to be called as of late, is going through a time of loss. The mother who raised her has recently passed and MK has now been handed over to her loving but workaholic father, Bomba (Jason Sudeikis). This absent-minded professor has the best of intentions in terms of caring for his daughter, but his myopic focus on his work — searching for little elflike people that live in the forest — takes all his time.

Of course, MK thinks her father is nuts and just wishes he could be “normal”. At wit’s end, she leaves his rickety old house in search of something new. But before she can escape his fantasy world of tiny creatures, the teen becomes part of it.

Battle of the flicks: Epic vs. The Hangover Part 3 >> 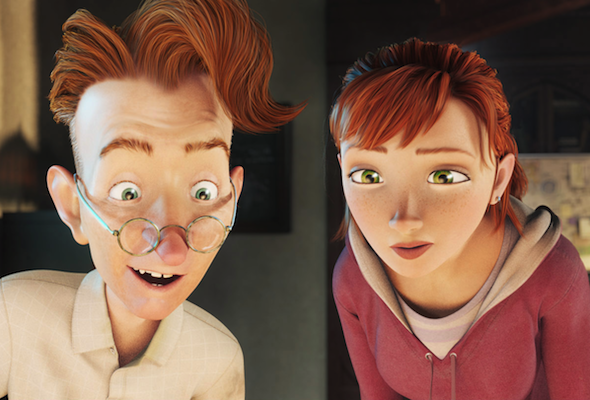 Moonhaven is the name of the magical forest where Queen Tara (Beyoncé Knowles), lives alongside tiny warriors called Leafmen. Tara, with the help of the Leafman leader Ronin (Colin Farrell), hopes to overcome decimation from the dark and evil Boggins, vicious creatures who bring rot and decay to all that is green and living. In a strange twist, Tara shrinks MK to elf size and employs her help in protecting a flower bud that will soon grow into Tara’s heir and save the forest.

MK isn’t sure she’s up for such a difficult job but changes her mind when she meets the handsome Nod (Josh Hutcherson). Young and rebellious, Nod is a former Leafman but left his tribe to pursue something new — just like MK. Nod reluctantly looks up to Ronin as a father figure, despite their differences. Nod’s own father was killed years ago by the Boggins, but Nod is still searching to find his place in the forest. 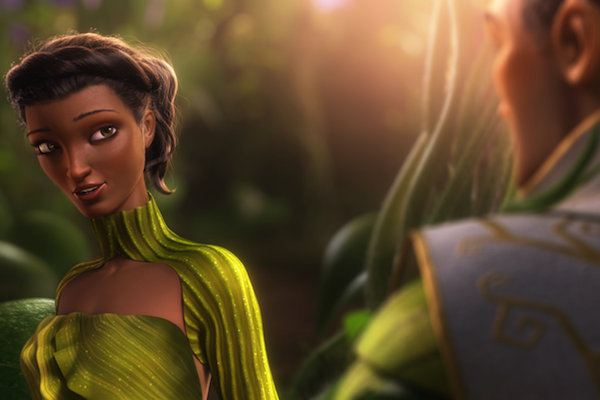 The two most delightful characters in the story are Grub and Mub (Chris O’Dowd and Aziz Ansari), a snail and a slug, both covered in slime. They are tasked to help keep the Royal flower bud moist and provide general assistance to young MK, cracking lots of jokes along the way.

The forest in this cartoon comes alive with hummingbird helicopters and tiny dandelion ladies whose “hair” blows away at the slightest breeze. While there is much to explore in this stunning verdant landscape, the story doesn’t provide much in the way of fresh or bold ideas.

Bottom line: Your little ones will thoroughly enjoy this movie that has a positive message and you’ll likely laugh with Grub and Mub, but there is little in the way of revolutionary storytelling aside from the beautiful 3D images.

Run time is 1 hour, 42 minutes. There is nothing after the credits.