Miley Cyrus has a wild weekend as her home is invaded by SWAT teams and she announces the date of her new single.

Miley Cyrus has become a member of a very unusual club. Her home has now been visited by a SWAT team, not just once, but twice, in a prank known as “swatting.” 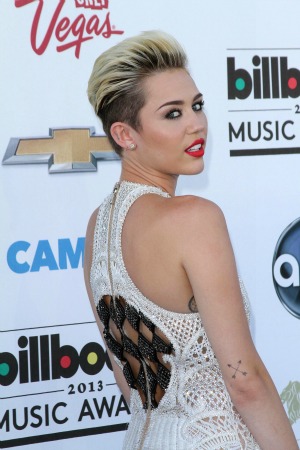 Cyrus became a member of the club on Friday night once police were called to her house after yet another fake 911 call. According to sources, police received the call around 9:55 p.m. from a female claiming to be hiding in a closet in her home and that shots had been fired.

Police raced to the location only to find that the call was not real and that things were fine at the singer’s home. In fact, Cyrus wasn’t even there at the time of the incident.

Friday’s incident marks the second time that Cyrus has been a victim of this troubling crime known as “swatting” — where a caller tries to trick emergency responders into thinking that a serious crime is happening and cause police to dispatch emergency crews to a location.

The first time it happened to Cyrus was in August of 2012, meaning that the singer has been swatted twice in less than a year. Let’s hope that the prankster doesn’t play this game again or maybe Cyrus will start looking for a new home to avoid all the drama.

But it wasn’t all drama for Cyrus this weekend. After getting back together with Liam Hemsworth, the singer announced that her new song “We Can’t Stop” will be released on June 3 at the 2013 Billboard Music Awards. On the red carpet for the event, Cyrus revealed that the new single is all about the fans, which is why she has been teasing it for so long on Twitter, even creating fan art and re-tweeting her followers’ suggestions.

What do you think of Cyrus’ wild weekend? Were you surprised to hear about the swatting at her home? Are you excited to hear her new single?