Howard Stern’s haute Hollywood lifestyle has raised the ire of some former fans, and they’re taking their dissatisfaction public. 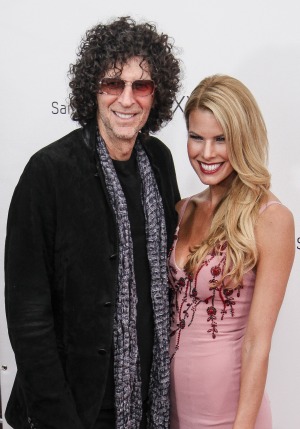 He started out as the regular guy who tells it like it is, but Howard Stern’s Hollywood lifestyle is alienating longtime fans who now see him as an entitled cry baby.

The last straw came when Stern threatened to sic private investigators on the person who sent offensive tweets to him and his wife Beth Ostrosky. Now a fan who goes by the name Vashier is letting Stern have it with some tough love in an open letter to the star on behalf of his disillusioned fans.

“If you had just asked what was wrong, why had we turned against you, we would have explained it to you,” Vashier wrote. “We would have told you to stop lying on air period. You aren’t going to be able to whitewash away your past as you are so desperately trying to do. No Howard, you did not bang models in college. There are too many years of you telling us how no woman would give you the time of day for us to fall for that. No Howard, you did not grow up in an all black neighborhood. You spent maybe two years there. Again you told us all how your father wouldn’t move then boom you moved to a school that wanted to demote you a year because of your lacking grades. We have memories like elephants Howard. We don’t forget.”

“Another mistake you have been making over and over is thinking that we care about your new found love of the lifestyles of the rich and famous,” Vashier wrote. “You made your name over not wanting to be in the in crowd Howard. Look who you hung with. Dee Snyder, Rob Zombie, John Popper. Very cool, good people but not a-list by any means. Now it’s all about the Hamptons and the Kimmel Parties where every A-lister can’t wait to rub elbows with you and Beth!”

Stay up-to-date on all your favorite celebs — subscribe to the SheKnows Entertainment newsletter! >>

“I’m amazed Beth ever went back after Don Rickles put her in her place. That made us laugh! Have you ever noticed how you can’t hold onto friends Howard? This might be the reason. Your phoniness due to your wife’s ambitions, (lets face it, you weren’t like this when married to Alison) has driven away anyone that thought they were your friends. Heard from the Ripa’s lately, you know Mark married you and all? For God’s sake, you had Chevy Chase deliver a speech at your Faux Wedding in which he ripped you apart! All you did was smile and thank him for that? Please sir may I have another?? Bah I give up.”