With Father’s Day once again upon us, doting dads everywhere are being lauded for their paternal skills. But hey, we think they deserve props for their hot bods too. In tribute, we bring you some gratuitous shirtless shots of a few of Hollywood’s finest pops. 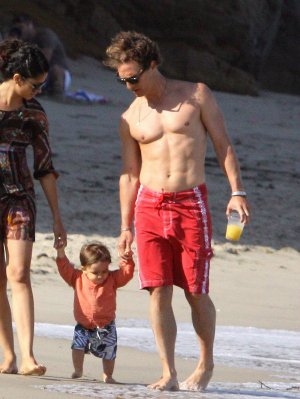 When it comes to hunky, shirtless Hollywood dads, few are as hunky — or shirtless, for that matter — as Matthew McConaughey. The Magic Mike star spends most of his downtime enjoying the great outdoors with his brood: wife Camila, son Levi, daughter Vida and baby boy Livingston. 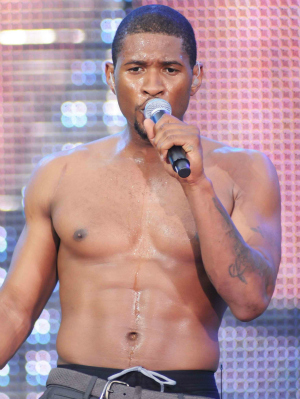 Since joining the judges’ panel on The Voice this season, Usher has been making contestants and audience members swoon with his smooth moves and sheer sex appeal. Hell, Adam and Blake can’t even help hitting on the R&B powerhouse from time to time! Clearly, Usher is setting a fit example for his sons, 4-year-old Usher Raymond V and 3-year-old Naviyd. 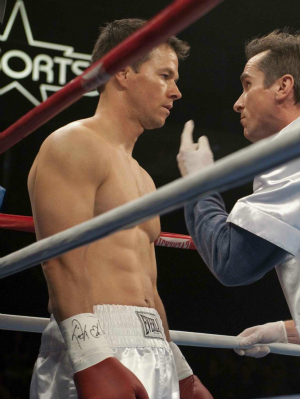 We would not want to be the first guy who tries to date one of Mark Wahlberg’s daughters! The would-be date would have to deal with the ripped actor — and just like his character in The Fighter, Mark doesn’t mess around when it comes to family. The proud pop of four is nuts about Michael, Ella Rae, Grace Margaret and Brendan Joseph. 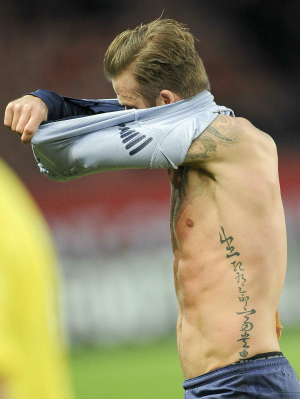 One word comes to mind when looking at this picture of David Beckham de-shirting post-soccer… yum. Superficial? Yep, but that doesn’t make it any less true. We’re sure his cutie-pie kids — Brooklyn, Cruz, Romeo and sweet little Harper — are used to people swooning over Daddy. 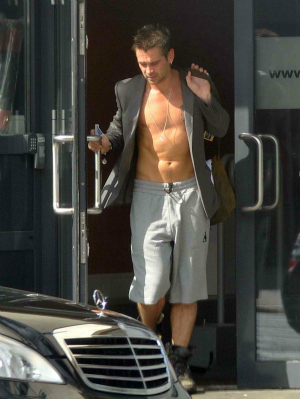 Irish actor Colin Farrell may not be able to make relationships with his baby mamas stick, but he remains a hands-on father to his two boys: James Padraig, born in 2003, and Henry Tadeusz, born in 2009. Judging by his buff bod, he also remains devoted to the gym. 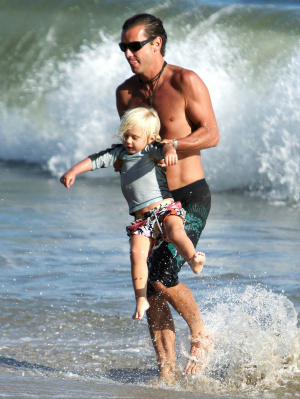 As one half of one of Hollywood’s hottest married couples, rocker Gavin Rossdale certainly isn’t a stranger to attention. His, however, is focused on his family — his smokin’ hot and super-famous wife, Gwen Stefani, and their precious sons Kingston and Zuma. He also has a daughter, Daisy, whom he discovered in 2004 — somewhat shockingly — was his biological child. 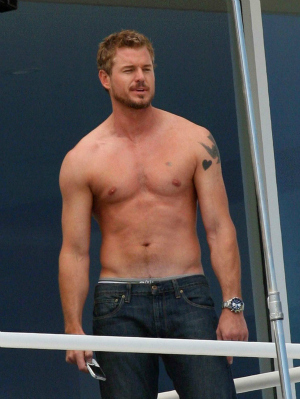 During his tenure on Grey’s Anatomy, Eric Dane earned the nickname McSteamy and— wowza! — that was certainly no misnomer. And although he apparently had some wild ways in the past, including a nude tape with his wife and another woman, Eric appears to have put his hard-partying days behind him in favor of daddy duty with daughters Billie Beatrice and Georgia Geraldine. 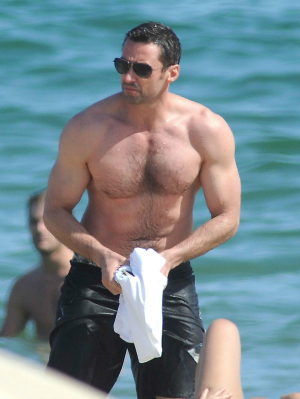 Dads come in all shapes and forms, and Hugh Jackman proves that you don’t have to be a biological father to be a great dad. After suffering two devastating miscarriages early in their marriage, Hugh and his wife, Deborra-Lee Furness, adopted their children Oscar Maximillian and Ava Eliot — with whom Hugh is often seen (adorably!) playing. 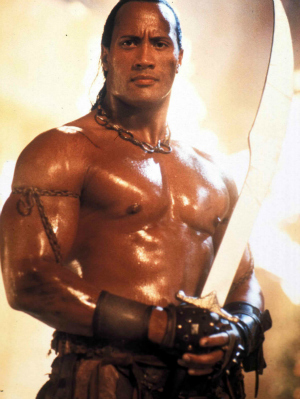 Oh, to be a fly on the wall when Dwayne Johnson’s almost 12-year-old daughter, Simone Alexandra, throws a slumber party for a gaggle of preteen girls! Hey, when your dad is as hot as The Rock, you’ve just got to sit back and listen to your friends — and your friends’ moms — gush about him. 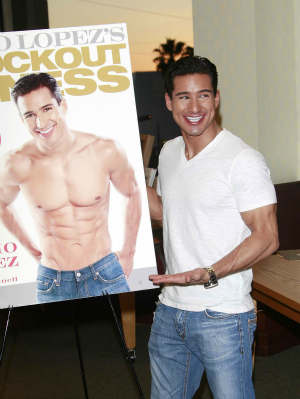 One of the newest hot daddies on the Hollywood block, Mario Lopez, joined the club when his daughter Gia Francesca was born in 2010. Lopez married Gia’s mother — Broadway dancer Courtney Laine Mazza — in December of last year, and the newlyweds are expecting their second child in September.