The 2013 Billboard Music Awards was full of crazy performances — and even crazier speeches when the winners accepted their trophies. These six moments had us sitting on the edge of our seat. 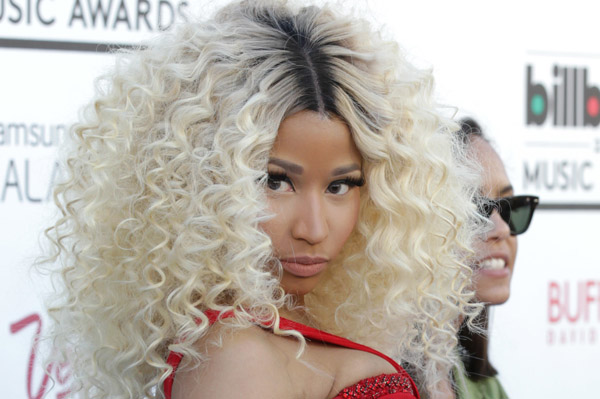 We’re going to go out on a limb and assume Kid Rock had a few, um, libations, before he took the stage at the 2013 BBMAs to present the award for Best Rap Song.

The Detroit native — along with his cigar and questionable white cup — slammed Selena Gomez’s and Chris Brown’s performances.

“Let’s give it up for lip-synching under prerecorded music!” he slurred.

Miguel jumps onto a girl’s head

Miguel’s performance of his hit “Adorn” quickly went from sexy to scary when the singer took a flying leap off the stage — and landed on a fan’s head. Luckily, she’s going to be fine.

“Got caught up in the moment, thank goodness Khyati is okay,” Miguel tweeted a few minutes later.

Tracy Morgan and Psy have a dance-off

We knew Tracy Morgan would be a great host for this year’s BBMAs — and we were right! Morgan was playful and funny without being over the top.

Our favorite bit? When he donned a wig and orange suit to challenge Psy to a dance-off. The music: the South Korean singer’s new hit “Gentlemen.”

Thousands of Beliebers might have voted for Justin Bieber to win the Milestone Award at the 2013 BBMAs, but that didn’t keep some rabble-rousers in the audience from booing him when he took the stage.

Bieber was visibly taken aback by the mixture of cheers and jeers. We almost thought he’d just leave the stage, but instead he shot back with a defiant speech.

“I’m 19 years old. I think I’m doing a pretty good job,” Bieber told the crowd. “Basically from my heart I really just want to say it really should be about the music. It should be about the craft that I’m making. This is not a gimmick and I’m an artist and I should be taken seriously.”

At least we know Morgan has his back.

“This ain’t the Apollo — you can’t be booing nobody,” he admonished the audience a few minutes later.

Taylor Swift talks about her relationships

Taylor Swift has been the butt of a million jokes about her relationship history. The 23-year-old singer finally took back the power at the 2013 BBMAs when she accepted her Top Billboard 200 Album award for Red.

“You’re the best and longest relationship I’ve ever had,” she said while thanking her fans.

Nicki Minaj let it all hang out when she took the stage with Lil Wayne to perform their collaboration, “High School.” The American Idol judge even gave the rapper a lap dance right on stage — with a lot of emphasis on her behind.

We’ll give her one thing: She knows how to move on stage.

Tell us: What was the craziest moment at the 2013 Billboard Music Awards?