Three amazing artists were nominated for the Milestone Award, the only fan-chosen award at the Billboard Music Awards. In the end, Justin Bieber came out on top. 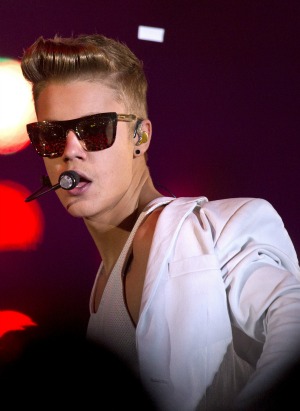 The Billboard Music Awards is different from any other awards show because of how the winners are selected. The awards were created to reward those who top the charts over the course of a year. But for one award at the ceremony, the fans have a chance to choose the winner.

Three candidates were nominated for the Milestone Award, all of whom have had success on the Billboard music charts over the year. These artists have not only had hits but have made history.

Justin Bieber was the first on the list of nominees for the award.

“Tireless touring and tweeting with his 36 million Beliebers helped Believe: Acoustic hit the top in 2013,” according to Billboard.com, “making Bieber the first artist ever to have five No. 1s on the Billboard 200 before age 19.”

Bieber performed a song at the Billboard Music Awards that his fans chose for him on Twitter.

Bruno Mars was also honored with a nomination for Milestone artist of the year.

“With his ‘Unorthodox’ mix of classic soul and modern pop, Mars eclipsed the competition and scored his first four Hot 100 No. 1s,” said Billboard, “including ‘Locked Out of Heaven,’ faster than any male artist in almost 50 years.”

Taylor Swift performed her new song, “22,” at the Billboard Music Awards this year. Swift won numerous awards at this year’s BBMAs, including Top 200 Album for Red. She was also nominated for the Milestone Award.

“The masses connected with Taylor’s emotional songwriting and embrace of many genres on 2012’s Red, allowing her to become the only woman to have had two albums sell 1 million copies in a week.”

The award was presented by Cee Lo Green and a fan who won a contest to help present the award. In the end, Justin Bieber came out on top.