The Billboard Music Awards base the winners only on what’s at the top of the charts. So this year’s show focused on performances from all areas of the music industry. 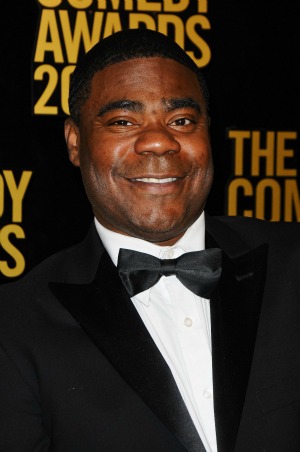 With so many awards shows, it’s hard to tell the difference between many of them. But the Billboard Music Awards are different from the rest in many ways. The actual awards are chosen by the Billboard music charts, which now include online listening and downloading, as well as CD sales.

This year, the show had Tracy Morgan as host, which you know will always be an interesting experience. He started the show with a monologue that was pretty toned down for Morgan. He made a few jokes about some musicians, but he was nothing like the foul-mouthed comedian we are used to.

He mentioned some of the artists in attendance, including Taylor Swift, and said, “Do not date these women, they will write a song about you. If you forget to open the car door, ‘Car Door’ will be the No. 1 song next month.”

The camera then zoomed to Swift, and she mouthed, “It’s true.”

Morgan also paid tribute to Las Vegas by mentioning some of its icons, like Siegfried and Roy. He also said he finally found out who his biological dad is and had invited him to be at the show that night. He then pointed to the legendary Wayne Newton, who was in the audience.

The rest of the show was as diverse as diverse can be, and the first award paved the way for the randomness that seemed to take over the entire evening. Shania Twain presented the award for Top Rap Artist. Even she seemed to understand what a weird match it was.

“I know when you think rap music, you think Shania Twain,” she joked, just before introducing Nicki Minaj as the winner.

There were performances throughout the night from many different types of artists, including Selena Gomez, The Band Perry, Justin Bieber, Taylor Swift, Kacey Musgraves, Icona Pop, Jennifer Lopez, and Macklemore with Ryan Lewis.

Especially interesting moments included Tracy Morgan interrupting Psy while the latter was presenting an artist. The two broke into a dance — seemingly unscripted.

Another possibly unplanned moment was when Kid Rock hit the stage to announce an award. The singer seemed like he was either drunk or just really didn’t want to be there. Before announcing the nominees, he asked the audience how much they love people lip-synching to prerecorded tracks. After announcing the track for the nominees, he dropped the microphone and appeared to be walking off stage.

One of the most surprising moments of the night came when Christina Aguilera and Pitbull were performing their song “Feel This Moment,” which samples from Aha’s “Take On Me.” Near the end of the song, the ’80s band themselves showed up to sing the last few notes.

Madonna appeared at the BBMAs, accepting her award for Top Touring Artist. She appeared in a black “outfit” (there is no other word for it) that only Madonna could pull off.

There weren’t many other surprises, but the show ended with Prince winning the Icon Award. He also performed, something that has become rare for the artist these days.

Of all the awards shows these days, the Billboard Music Awards really stepped it up to show that it is more than just one of many.