All of the celebs at the 2013 Billboard Music Awards rocked the red carpet, but we’re not completely sold on what these stars wore. 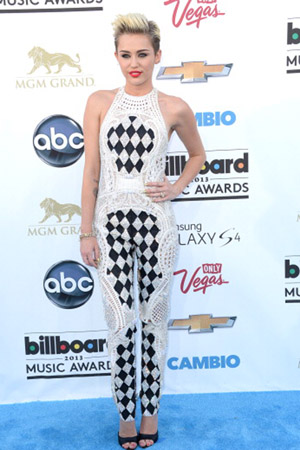 Miley Cyrus was at the 2013 Billboard Music Awards to announce the release of her single “We Can’t Stop” (June 3!). Just in case that wasn’t enough, she captured everyone’s attention with her checkered Balmain pantsuit.

Not our favorite, but Miley knows what works for her! 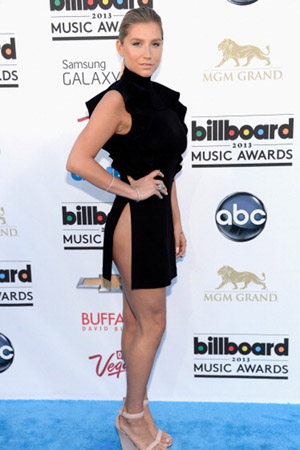 Ke$ha walked the blue carpet at the 2013 BBMAs — and there wasn’t a sparkle in sight! Instead, the 26-year-old opted for a tiny Givenchy number and diamond bracelets by Jupiter Jewelry New York with a serious, serious slit on the side. Did she raid Gwyneth Paltrow’s closet? 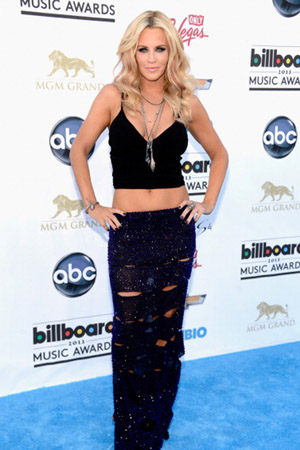 Jenny McCarthy showed serious skin in her black tank and slitted skirt at the 2013 BBMAs. Not sure we’d wear this one either, but McCarthy seriously has the body for it! 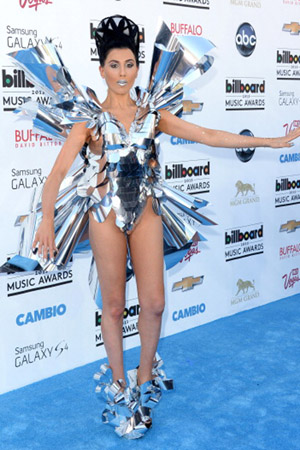 Singer Z LaLa is definitely giving Lady Gaga a run for her money in this curious creation. Our question: How does she sit in that thing?

Who had a fashion miss at the 2013 Billboard Music Awards? Sound off in the comments below!