The music industry invaded Las Vegas Sunday night for the 2013 Billboard Music Awards. We love the music, but we’re really more interested in what the stars wore on the red carpet — and these stars really got it right. 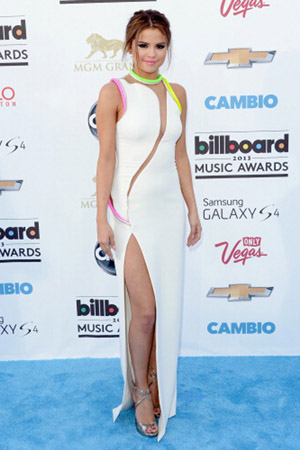 Selena Gomez was obviously inspired by all of the lights on the Las Vegas Strip when she chose this white-and-neon Atelier Versace dress. We especially love the curvy cutout — killer body you got there, Selena! 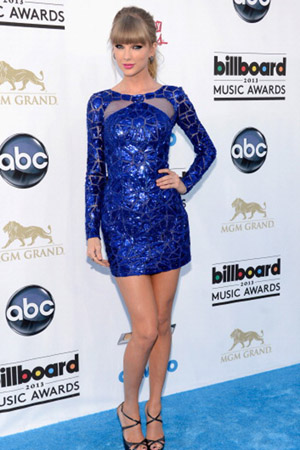 We like — no, love — Taylor Swift‘s blue Zuhair Murad dress. It’s such a departure from the airy, angelic gowns she typically wears to awards shows. Let’s hope she continues with this trend, ’cause it really works for her! 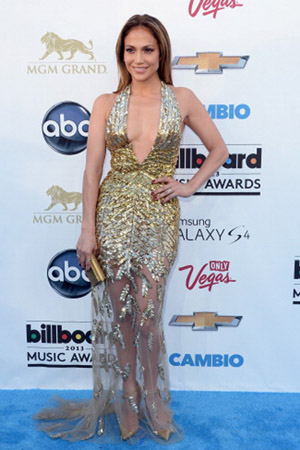 It’s J to that L-O… hello! The singer and actress put all the young pop stars to shame with her slit-down-to-there Zuhair Murad gown with gold Christian Louboutin heels. 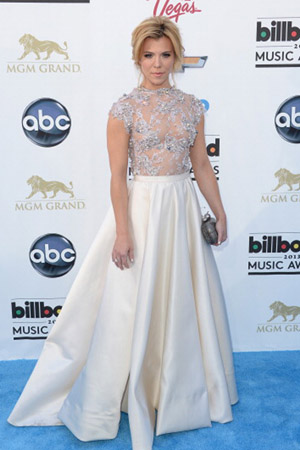 We love how The Band Perry’s Kimberly Perry matched her daring sheer top with a full, pearl-colored skirt. Very appropriate — and just lovely! 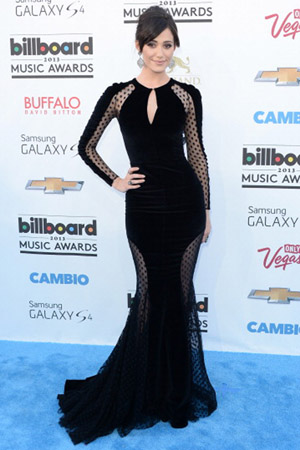 Actress Emmy Rossum was a little worried about what her black Zuhair Murad dress would do to her at the 2013 Billboard Music Awards.

“Getting ready for the #BBMA’s, wearing @ZMURADofficial. It’s velvet, hopefully I don’t melt in the Vegas heat!” she tweeted before the show.

Pretty sure the only thing that’s melting is the boys’ hearts when they look at you, Emmy. 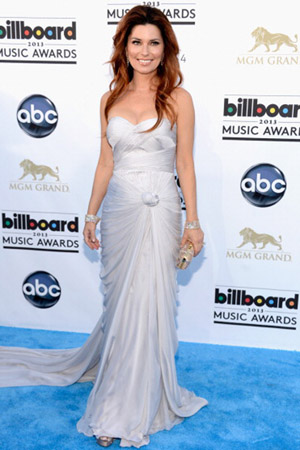 Who was the best dressed at the 2013 Billboard Music Awards? Take our poll, and sound off in the comments below!