We read it on the internet. So, it must be true. 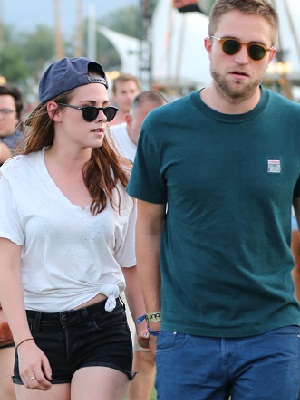 People magazine is reporting that Kristen Stewart and Robert Pattinson have broken up. Yes, again.

The details are a little sketchy. However, apparently an unnamed source told People that it’s absolutely true. Despite the fact that we’ve seen the couple together as recently as the Met Gala just a couple short weeks ago, they’ve apparently parted ways yet again.

It’s not the first time the two have split. You’ll no doubt remember that Kristen Stewart admitted to cheating on Pattinson with her (married) Snow White and the Huntsmen director. Despite her usual aversion to talking about her relationship with the press and admitting that she likes to keep us “guessing,” Stewart opened up publicly about her betrayal. She went so far as to apologize and make a public profession of her love for Pattinson. Two months later, they were back together.

Rumors of a less-than-perfect situation have continued to fly, though. The couple — who met while playing lovers on the set of Twilight — did turn up in New York together after the Met Gala, but not everything has turned up roses. According to another source, last week Pattinson blew off Stewart after she made plans to celebrate his birthday with him. Ouch.

That hardly seems cause for concern, but it sent many into tizzies of speculation on the state of their relationship.

Don’t be too crushed, though, Twihards! The same anonymous source told People there’s a strong chance they could end up in each others’ arms once again. We certainly wouldn’t be surprised. Would you?

What do you think of their on-again, off-again status? Is it time to part for good?