Working in film can be a dangerous job. 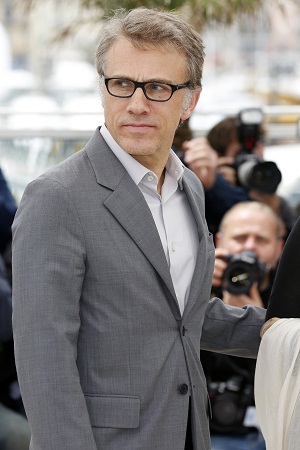 This year’s Cannes Film Festival has taken on some fairly movie-esque plots of its own. This week saw a vast collection of jewels swiped from a hotel safe and madman with a gun at a press conference. Luckily, other than some missing bling and some freaked out citizens, everyone appears to be safe.

The two incidents appear to be in no way linked, but the trouble started in the wee hours of Friday morning.

The first crime scene was Cannes’ four-star hotel Novotel. Just hours after the premiere of Sofia Coppola’s film about a group of thieving teenagers (Bling Ring, starring Emma Watson) some wiley crooks planned and carried out their own heist, stealing an unreported amount of jewels from one room’s safe.

The missing jewels belonged to Swiss jeweler and Cannes sponsor (and creator of the official Palme D’Or award) Chopard. A Chopard employee brought the jewels to Cannes and left them in a hotel safe. When the worker returned to her room at 2 a.m. on Friday, the entire safe was missing. No exact report of the jewels has been released, though many are wagering they were worth more than $1 million. However, a spokesperson for Chopard claimed they were not the jewels intended for the actresses.

Luckily no one has lifted Liz Taylor’s bling >>

“The majority of the jewels belong to the company Chopard, but it seems some are owned by other private persons, we have no detailed inventory yet,” a local prosecutor, Jean-Michel Caillau, specified.

On Saturday, shots were fired during a television interview with two-time Oscar winner Christopher Waltz. The program broadcast as the actor and others ducked for cover amid the commotion. A few minutes later, security apprehended the suspect, and the broadcast continued.

Want celebrity news delivered to you inbox? Join our newsletter! >>

No one was injured, and there are far worse things one could have stolen than some sparkly rocks. That said, we hope Cannes soon returns to a more tranquil environment. Our celebs need their beauty sleep!