The CW’s The 100 comes to the network next season. Check out a sneak peek and clip from the new series. 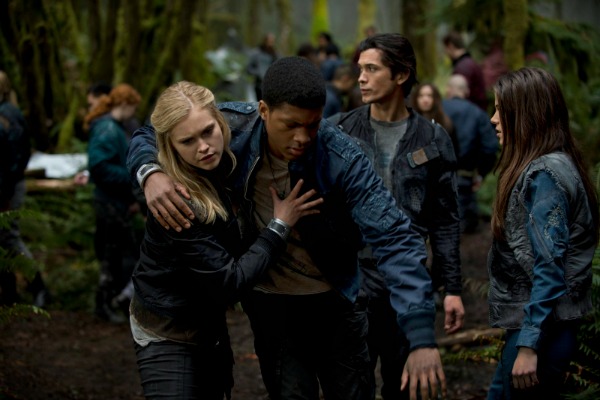 The CW announced this week that it’s adding a new show to its lineup next season. Based on the upcoming book series by Kass Morgan, The 100 will be added to the schedule mid-season, and we’ve got some sneak peeks into the new series that’s a combination of genres, including postapocalyptic, supernatural and sci-fi.

“Ninety-seven years ago, nuclear Armageddon decimated planet Earth, destroying civilization. The only survivors were the 400 inhabitants of 12 international space stations that were in orbit at the time. Three generations have been born in space, the survivors now number 4,000, and resources are running out on their dying “Ark” — the 12 stations now linked together and repurposed to keep the survivors alive. Draconian measures including capital punishment and population control are the order of the day, as the leaders of the Ark take ruthless steps to ensure their future, including secretly exiling a group of 100 juvenile prisoners to the Earth’s surface to test whether it’s habitable. For the first time in nearly a century, humans have returned to planet Earth.

From the synopsis, it sounds like The CW is stepping a bit out of its box with this one. With shows like The Vampire Diaries and Supernatural, it’s got the supernatural/fantasy worlds covered, but it doesn’t really have anything that’s quite in the postapocalyptic/sci-fi realm. The 100 could end up filling that gap quite nicely.

Want to know more about the series? Have a look at The 100 trailer and a clip from the show below:

https://youtube.com/watch?v=nCWuEjXcZfo%3Frel%3D0
https://youtube.com/watch?v=SNK5RkQ3F3Q%3Frel%3D0
From the preview and clip we can see that, though The 100 might be breaking new ground in some ways, it still has plenty of elements that work for a lot of The CW’s other hit shows. It’s got a good mix of cast, with some young (and incredibly good-looking) newcomers, as well as some established, brillant actors known for their work on other hit series. It’s got what appears to be a rocking soundtrack, plus drama mixed with humor and action. The formula works well for the network, and it looks like this series will fight right in and could end up being another hit with The CW’s viewers.

Want to get updates about The 100 sent directly to your email inbox? Sign up for our SheKnows newsletters! >>

Now that you’ve seen some clips, will you be checking out this series when it makes its debut on The CW?