If you’re as bummed about The Office finale as we are, YouTube has just the thing to brighten your week, and Ricky Gervais is stepping in too. 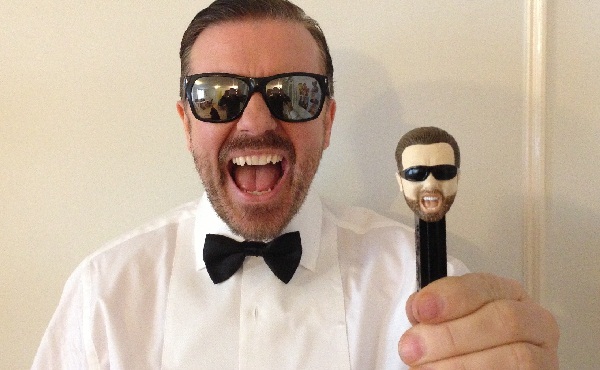 Starting May 20, Ricky Gervais and YouTube are teaming up to bring the laughs (and David Brent) straight to the Internet. What are we talking about? YouTube comedy week, of course. From May 19-25, YouTube is rolling out the red carpet for funny business, which is exactly what we need after the last few months!

A day after the official laughter campaign begins, Gervais is resurrecting his character, David Brent, from the original U.K. version of The Office. In a multi-part series, Gervais will remind us how he became such a massive success by wheeling out his most notable character to date, the hapless and awkward but incredibly hysterical David Brent. So, if you’re already in withdrawal after The Office‘s finale, YouTube will be the place for you!

He’s even started early with this genius little preview clip:

Gervais isn’t the only comedian who is vying for your laughter. YouTube’s Comedy Week will be loaded with live performances and previously recorded comedic premieres. They’re also promising a few collaborations from “the world’s funniest people.” What could that possibly mean?!

So far, the official list of silly celebs you can expect to see throughout the week includes:

And many, many more.

Are you ready to laugh? Us, too! So, let the excitement of next week’s laughs guide you through you Friday at work, enjoy your weekend and then prepare to spend next week fighting the hiccups.

Join our newsletter to have entertainment news delivered to your inbox >>