Gillian Anderson did not disappoint when she took part in a recent ‘Ask Me Anything’ session on Reddit. Find out which memento she stole from The X-Files set! 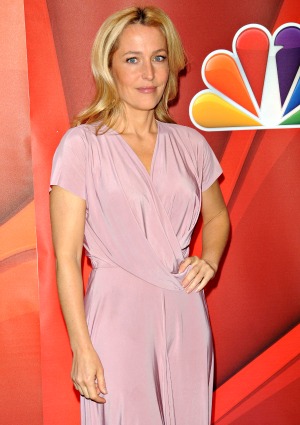 Gillian Anderson may have moved on from her The X-Files success, but to a certain group of fans she’ll always be Special Agent Dana Scully. Though she’s now gearing up to be part of BBC Two’s The Fall, the actress is still hanging on to one bit of memorabilia from her early days.

After one curious Reddit fan asked the actress if she was able to take anything from the show’s prop department, Anderson shared, “Yes. I stole many things.”

What exactly does a person do with their character’s tombstone? Anderson added, “I have little things from many episodes, and eventually, a good portion of them will probably be auctioned off for charity.”

Gillian Anderson reveals her lady-lovin’ past >>

After being asked when she realized The X-Files was going to be an epic hit, the 44-year-old replied, “I think there was a moment, maybe in the 3rd season is when it started to hit me. I don’t know about iconic, but I started to realize that I needed to hold onto my seat.”

As for that rumored third The X-Files movie? Gillian Anderson’s stance can be summed up with this response alone: “If they make it, I will come.”

10 movie couple we so wish would get together >>

Not a sci-fi fan? There’s still hope! When asked if she’ll ever be part of Californication, former costar David Duchovny’s hit show, the mother of three said simply, “Talk to David.”

What do you think of Gillian Anderson’s pilfered piece of The X-Files memorabilia?