After 9 seasons The Office is finally turning off its cameras and going off the air, which left us wondering what will happen to our beloved paper sales crew next. 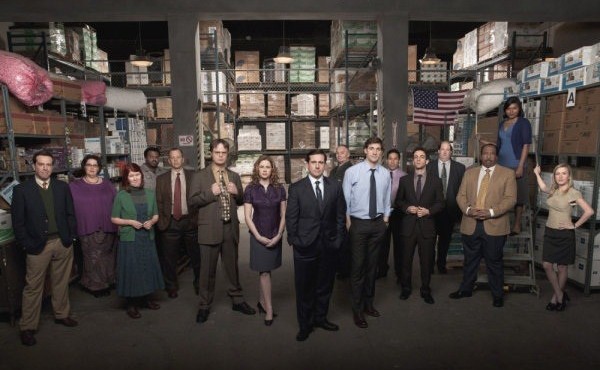 After nine years of being followed by a documentary crew, we’ve gotten to know the quirky bunch at Dunder Mifflin inside and out. Based on what we’ve seen, we at SheKnows made a few predictions about what’s in store for our beloved characters 10 years from now.

The Office finale:  5 truths we learned from The Office >>

With all the work that Dwight puts in to his beet farm, it wouldn’t be surprising if it actually profited him. Ten years from now Dwight could be a multi-millionaire living off the fortune created by the enormously popular Schrute Beet Jelly. He will still live frugally but spend an obscene amount of money preparing for the zombie apocalypse or inevitable Russian invasion. Married to Angela, Dwight still works at Dunder Mifflin as regional manager just so he can continue to boss around the little people. He and Angela will have a ton of kids (mostly to be able to form an army against invaders) and Angela will actually embrace work on the beet farm. Because she loves Dwight that much. 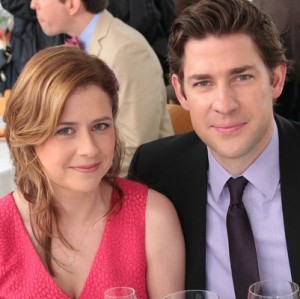 Jim and Pam will be the most popular parents on the block with their fun shenanigans and laidback attitudes. Pam will finally embrace Jim’s career dreams, and he’ll have a great job that really utilizes his talents. Pam will keep working at Dunder Mifflin, mostly to continue Jim’s legacy by torturing Dwight. She may even sell one of her great works of art and finally find some fulfillment outside of the office. They’ll live the ultimate American life, but in their own special, quirky way.

No doubt about it, in 10 years Creed will be on the lam for a minor crime that he doesn’t actually have to be on the lam for. He’ll spend some time on a small island, but get bored and return to Dunder Mifflin under a new name and in disguise. He’ll never admit that everyone actually knows who he is.

Stanley will be dead because his wife murdered him after she watched the documentary and saw how many affairs he had over the years. If by chance he’s still alive, he’ll be even more of a curmudgeon than ever because he spent the past 10 years making it up to his wife. He’ll still be working at Dunder Mifflin, phoning it in and being an all-around sourpuss. His great success will be winning a nationwide crossword puzzle competition.

Video: 8 best quotes from The Office >> 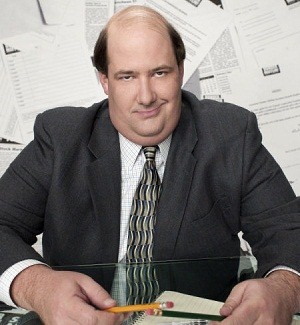 After a heart attack scare, Kevin will spend time under the care of doctors who convince him to be part of a science experiment in exchange for a year’s supply of candy. The experiment actually turns Kevin into a genius and he becomes a worldwide phenomenon. But being able to finally comprehend the world around him leaves him pretty depressed. He uses his newfound genius to reverse the effects of the experiment, leaving him even dumber and more childlike than before. But he still makes the best darn chili that office has ever seen.

Ten years from now Phyllis’ favorite past time will still be wearing low-cut dresses to bars to flirt with men so Bob Vance will beat them up. She also will spend quite a bit of time working on her poker hobby and will make it to the World Series of Poker. Her quiet demeanor and cold undercutting comments make her a force to be reckoned with at the tables. Aside from being a poker star, Phyllis will finally be the head of the Party Planning Committee, which may be the thing that makes her happiest.

Stay up to date on all your fave sitcoms! Subscribe to the SheKnows newsletter! >>

Finally, this sweet misfit will find love. After the documentary airs, Andy will become a mild sensation with a growing fan base of a cappella enthusiasts. One in particular, a small-time Midwest girl, will stalk him from a distance until she finally shows up at his doorstep. Her creepiness will be overshadowed by her adorableness and undying love for him. They’ll live happily ever after but he will sleep with a knife under his pillow just in case she freaks out and turns into the psycho he secretly fears she is.

Erin will spend the next 10 years as a devoted employee of Dunder Mifflin. She’ll work her way up the ladder with a sweet and unassuming smile until she eventually becomes the head of Dunder Mifflin. She will still harbor secret feelings for Andy but refuse to do anything about it because he’s married. Instead, she throws herself into helping Dwight with his plans for world domination and will spend quality time being bossed around by her good friend Kelly Kapoor.

After 9 years of being on her best behavior for the cameras, Meredith will finally let loose and feel free to be her true promiscuous, drunk self 24/7. She continues to work at Dunder Mifflin as it is the only job that will allow her to show up to work half-naked and intoxicated. She never does agree to go to rehab but will do a brief stint in county jail for soliciting prostitution to a cop (on accident), which will lead to her becoming the most popular character ever on the show Intervention.

Last but not least… 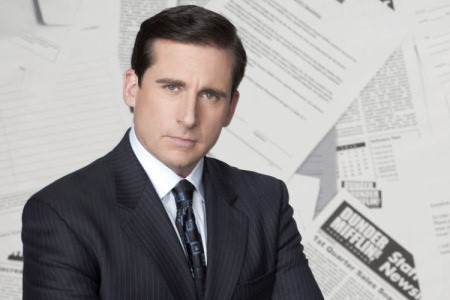 The most beloved boss of all time will surely be working hard at moving up the ladder and will probably have moved up a few positions by now. He’ll have finished his screenplay and will be shopping it but will turn it into a one-man show where he plays all the characters. He’ll definitely try to expand his career by being a motivational speaker about how to be the most popular boss ever. He still is thankful for Dwight’s loyalty but considers Jim his BFF.

2 mins ago
by Julia Teti