Paris Hilton finally talks about being a victim of The Bling Ring back in 2009. Now, she’s supporting Sofia Coppola’s new film about the young gang of thieves. 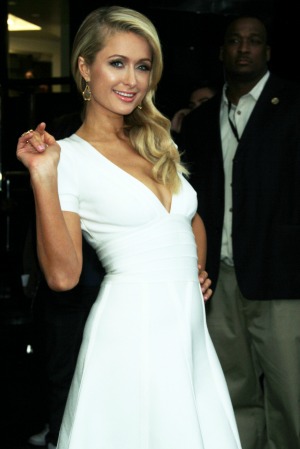 The Cannes Film Festival opened on Wednesday in France and one of the films getting the biggest buzz is Sofia Coppola’s The Bling Ring. The movie, starring Emma Watson, focuses in on the real-life story of celebrity homes being targeted by an unlikely gang of young thieves.

Some of the targeted celebs included Audrina Patridge, Orlando Bloom and Paris Hilton, who was burglarized more than once by the group. In fact, The Bling Ring hit Hilton’s home a total of five times in 2009. So, it’s surprising to hear that the former reality star was willing to relive the saga by cooperating with the filmmaker.

The socialite explained to The Hollywood Reporter in a recent interview, “Sofia came to my birthday party last year. She loved my house and said it couldn’t be re-created in a set.”

Hilton trusted Coppola enough to come in and use her home for filming.

She said, “I really admire her, an intelligent independent woman who’s a director. Sofia knows everything about these kids now — stuff I didn’t know — and it will be very strange to watch them break in my house five times and sell my Birkin bags and heirloom jewelry on Venice Beach. They stole millions of dollars’ worth of things from me.”

This is the first time she’s speaking up about the crimes since she is supporting the film at Cannes.

Hilton shared with The Sun, “I wanted to help the filmmakers get across just how serious this crime is and how frightening and hurtful it is for the victims.”

Times have changed for the hotel heiress. After The Bling Ring break-ins and several scary encounters with a stalker, she beefed up security around her home.

She told the U.K. paper, “It got to the point where I was not able to do everyday things. I put the most advanced security system in my house and hired a full-time security team. I stopped going to clubs and parties and I started focusing on my business interests instead.”

Hilton is now focusing in on developing her own hotel chain and staying out of the limelight.