Kelly Rowland would have to be made of stone not to be envious of her former Destiny’s Child cohort Beyoncé, who’s reached heights of solo superstardom unmatched by almost any other musician. She admits as much on her new song “Dirty Laundry.” 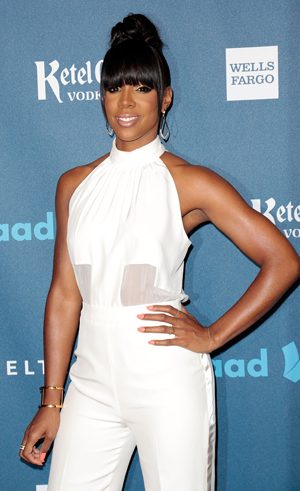 “Let’s do this dirty laundry,” she croons in the slow piano ballad “Dirty Laundry,” off her forthcoming album Talk a Good Game.

Then she sings of feeling pulled in two directions by her good friend’s success: “Went our separate ways but I was happy she was killin’ it/Bittersweet, she was up, I was down/No lie, I feel good for her but what do I do now?”

It’s a powerful song, and relatable too. To make matters worse, Rowland sings, she was in an abusive relationship: “Meanwhile this n***** putting his hands on me/Swear y’all don’t know the half of this industry,” she sings.

Then she adds “I was battered/He hitting the window like it was me, until it shattered/He pulled me out and said, Don’t nobody love you but me/Not your mama, not your daddy, and especially not Bey/He turned me against my sister/I missed ya.”

Kelly, you weren’t the only one who noticed that Beyoncé was always in the middle in every single Destiny’s Child picture ever.