David Beckham has been playing soccer as long as anyone can remember, but he announced today he has played his last game. So what will he do now? 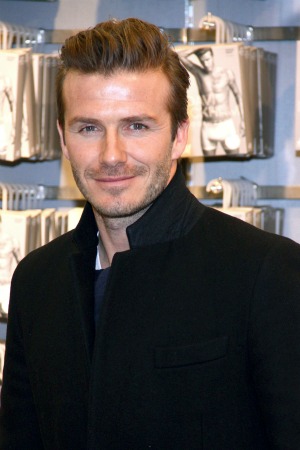 It has been more than two decades since David Beckham made his debut with Manchester United as a starry-eyed 17-year-old. Now, one of the most famous and celebrated soccer players in the world has announced he will be hanging it all up.

Beckham started his professional career in 1992 with Manchester United, where he played until 2003 when he transferred to the team Real Madrid. He also played in three world cups for his country, in 1998, 2002 and 2006. The English athlete signed a five-year contract with the Los Angeles Galaxy in 2007 and moved his family to the United States.

“If you had told me as a young boy I would have played for and won trophies with my boyhood club Manchester United, proudly captained and played for my country over 100 times and lined up for some of the biggest clubs in the world, I would have told you it was a fantasy,” Beckham said in a statement to USA Today. “I’m fortunate to have realized those dreams.”

Beckham married Victoria Adams, or “Posh Spice” of the Spice Girls, in 1999. The couple has four children, Brooklyn, Romeo, Cruz and Harper.

In the last 21 years, Beckham faced adversity and successes.

“He won six Premier Leagues titles and the Champions League with Manchester United, as well as the La Liga title with Real Madrid, of course,” said USA Today. “There were the triumphs with the Los Angeles Galaxy, and, he added a fourth country to his resume of league titles only yesterday, winning a trophy with Paris Saint-Germain.”

Beckham was also reportedly a driving force behind bringing the 2012 Olympics to London.

“He was widely praised for his various ambassadorial duties, for the sport, but also outside it, with UNICEF, for example,” said USA Today.

Beckham did not mention what his future might hold, but his dealings with teams, and his transition to a leadership role, might hint that he could be hoping to own a team one day.