Office fans let out a collective sigh when news broke that this would be the very last season. But instead of wallowing in a dark corner, why not put some of that Office knowledge to good use? Our Office trivia quiz is sure to get you thinking. Good luck! 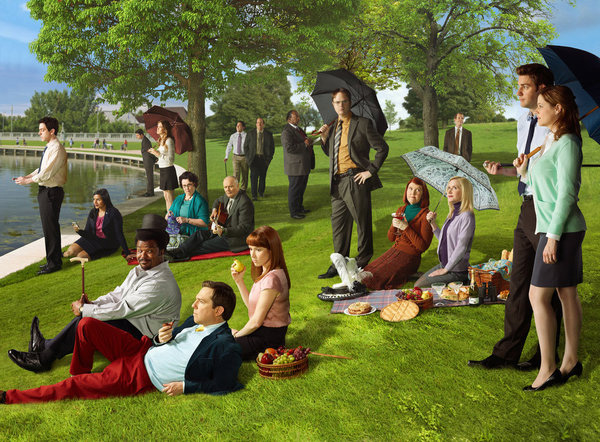 Just how did Ryan start the fire (in the second season)?

Who has never made a cameo on The Office: Ken Jeong, Josh Groban, Isla Fisher or Jim Carrey?

When Andy decides not to sell the family boat, where does he sail to?

In Michael’s last scene, where was he and with whom?

In the episode “Viewing Party,” Erin and Gabe invite the office over to Gabe’s house to watch Glee. Andy ends up consuming a Chinese virility supplement made from what?

What was Michael’s punishment for spanking his nephew Luke in front of the employees?

What hasn’t Michael called Toby: the Antichrist, everything wrong with the paper industry, a convicted rapist or Hitler?

In the episode “Moroccan Christmas,” Michael bartends and makes a screwdriver for Jim. But what does Michael call the drink?

Who competes against Michael as Santa?

What is the PPC?

When and where was Pam and Jim’s first kiss?

Toby bets the office that if he switched Creed’s apple with this vegetable, he wouldn’t notice. Name that vegetable.

During the Office Olympics, what’s the name of the sport where you tie boxes of paper to your feet and race to the finish line?

What was Jim’s first prank on the show?

Name all of the regional managers of Dunder Mifflin. (Bonus points if you can name them in order, including interim RMs!)

Why did Kelly leave Scranton and Dunder Mifflin?

It was revealed in the episode “Business Ethics” that, for six years, Meredith slept with Bruce Meyers, the Scranton rep for Hammermill, in exchange for discounts on supplies and what?

Jim runs a sports marketing company based out of Philly called what?

At the end of the intro, Michael is seen adjusting his Dundie. But when Andy takes over as regional manager, what’s he seen accidentally pushing off his desk?

In the episode “Fun Run,” Michael runs over Meredith with his car, eventually organizes a charity five-kilometer run to raise awareness of rabies, but writes the large check out to what?

Up next: Check your answers! >>