A peace offering from LeAnn Rimes to Brandi Glanville went awry as the sniping pair took to Twitter to air their grievances once more. 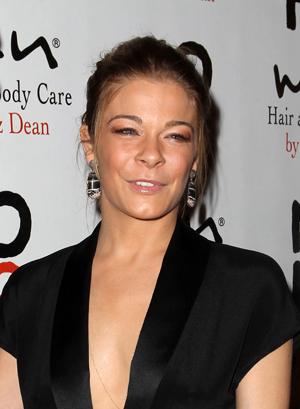 Mother’s Day: A time for breakfast in bed, Champagne brunches… and Twitter wars?

Continually warring stars Brandi Glanville and country singer LeAnn Rimes are at it again, this time arguing over flowers that Rimes sent to Glanville on Mother’s Day, apparently as a peace offering. And then things went awry.

Glanville tweeted on Monday: “I thanked @leannrimes on twitter4 my flowers.Our relationship is that we still don’t even say hi at baseball.I don’t have her number-thats it.”

For her part, Rimes responded with, “This was actually the first acknowledgement of my gesture I was made aware of. I didn’t see anything else sent to me. It wasn’t for the ‘thank you.’ It was to just simply say Happy Mother’s Day.”

LeAnn Rimes is “secure,” not anorexic >>

That tweet was later deleted, but numerous publications quoted Rimes.

Later, Rimes tweeted, “I’m always amazed at how twisted things can get. Was just speaking about this in an interview and it never ceases to amaze me.”

Glanville and Rimes have, of course, had many words since Glanville’s ex Eddie Cibrian switched to the Rimes team.

At one point, Rimes went to rehab because, as she later told the Boston Herald, reading nasty gossip about herself on Facebook and Twitter stressed her out to the point where she felt mentally unstable.

“I think it’s really hard to deal with Twitter and Facebook and all these social media outlets, and it’s hard to take it day after day of reading and seeing things that someone you don’t even know says about you. As much as you said you don’t want it to penetrate, it does, because you’re human,” she said.

Perhaps Glanville and Rimes should stick to communicating through bouquets of flowers, like Victorian-era lovers. If they do, they should know: the Star of Bethlehem flower stands for atonement and reconciliation.