In this episode of Nashville, called “A Picture From Life’s Other Side,” Juliette’s troubles worsen in ways she never saw coming, Rayna and Teddy battle over their girls and Scarlett gets her big break. 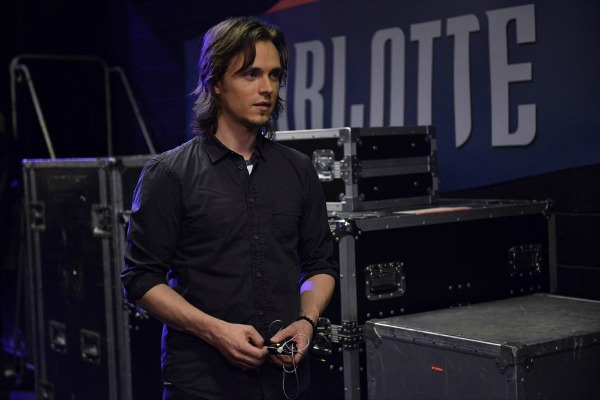 Warning: Major spoilers ahead for Nashville episode 20 called “A Picture from Life’s Other Side”

Well, I have to say that I was quite surprised by tonight’s ending. Here I thought that the deaths were going to happen in the finale and they went and sprang them on us tonight. I was all ready to write up predictions for who I thought was going to die next week, and while I did have both Dante (Jay Hernandez) and Jolene (Sylvia Jefferies) on my list, I can’t say that I expected them both to die. I thought maybe it would be one or the other and that the other predicted death would be someone completely unrelated.

Now that they’re gone, I really do feel awful for Juliette (Hayden Panettiere). She’s had about as rough of a year as one can have and I’m sure this is going to push her even farther over the edge. The question now is how she’ll respond to this new trauma. Will she go downhill like her mom and start taking drugs? Will she become even more rebellious and bitchy? Or is it possible that all of this will push her over a completely new edge and we’ll see her trying to make better choices now?

The second shocker for me in this episode was Maddie (Lennon Stella) discovering the paternity test. Did I suspect that Maddie and Deacon (Charles Esten) were going to find out sooner or later? Absolutely. Did I expect it to happen within the first season? Not on your life. A part of me couldn’t help but groan when Maddie started going through her parents’ closet though. I mean seriously, you’re scared to death that your daughter is going to find out that her daddy really isn’t her daddy and you keep proof of paternity right there in the house? Come on, people! Kids always find stuff like that — locked box or not.

As for the rest of the episode, I was happy to see Scarlett (Clare Bowen) put her foot down and finally tell Gunnar she was done putting up with him. I was also happy to see Gunnar (Sam Palladio) and Will (Chris Carmack) make up, and I’m going to go on record right now to say that Gunnar and Will are going to end up kissing in the finale. Avery (Jonathan Jackson) working with Juliette was nice, but I hope he doesn’t fall for her and let her control him. Maybe he’ll be a good influence on her and help her during this difficult time, but I’m not going to hold my breath for that to happen.

“That was a really ballsy thing to say to your boss. You’re really lucky you’re cute enough to get away with it.” 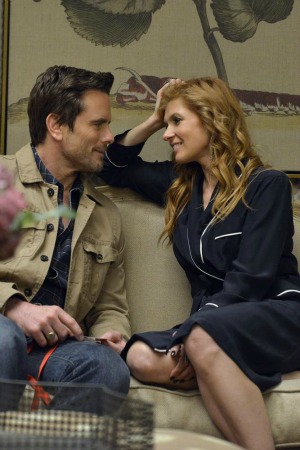 Scarlett listening to Gunnar talking about being a rebel, including in his romantic life. Great way to lose that romantic life, buddy.

“It would’ve just been cheaper if you went to A.A. like every other addict.”

“What happened to you?”
“I took your father’s advice and I grew a pair.”

“We’d like you to stick to the script if at all possible.”
“Really? Even if it’s dumb?” I hate to say it, but I’m with her on this one.

Rayna pointing out to Juliette that she needed to earn respect.

Juliette deciding to let Dante sell the video. Actually, I think that’s pretty smart of her.

Lamar telling Rayna that he was going to take care of the restraining order.

“I don’t feel like I belong here.”
“I’m pretty sure they all felt that way. But you do.”

Scarlett singing her song at the Opry. Her voice blows me away every single time I hear it.

Will telling the story about what his dad did when he found out he was gay. So sad.

“I fell in love with you, not your brother.”

Rayna reassuring Teddy that he will always be Maddie’s father.

What did you think of this episode of Nashville? Were you surprised by Dante and Jolene’s deaths? Did you expect Maddie to find out this soon that Teddy wasn’t her father?