A chorus of “with the terrorists” is the first thing you hear when you click on a “Harlem Shake” link. From there, the bass drops and chaos ensues. Some of these internet memes are awesome, but some, like these, are epic fails. 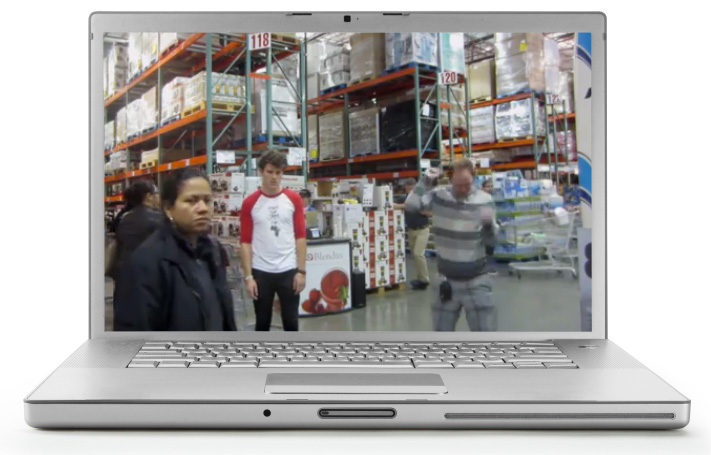 A chorus of “with the terrorists” is the first thing you hear when you click on a “Harlem Shake” link. From there, the bass drops and chaos ensues. Some of these internet memes are awesome, but some, like these, are epic fails.

The internet meme Harlem Shake goes like this: one person — often in a helmet or a mask — dances alone to the first 15 seconds of the song. Then the bass drops and a whole bunch of other people join in, crazily convulsing and flailing and usually in all sorts of creative costumes.

Granted, there are some great “Harlem Shake” videos out there. These, however, are not those videos.

I mean first of all, these girls aren’t even committed to the “Harlem Shake.” They’re not following “Harlem Shake protocol.” There aren’t any masks. No crazy dancing. They’re in a bathroom and decide to jump on an evidently very fragile toilet. FAIL.

So I’m a teenager and I want to make a “Harlem Shake” video on our yearly family road trip to the Grand Canyon and my dad and mom say it’s OK, but only if they’re in it too. This is that video.

I know! I own a furniture store. Let’s actually spend money and do a fake “Harlem Shake” ad without the original song and use a whole bunch of middle-aged people jumping on our couches. That will sell tons of sofas. Ummmmmm, no.

This one from Indonesia could have been cute if the rest of the class knew what the “Harlem Shake” was — and the kids didn’t fall over. By the way, where are the teachers? This is a huge class and no teacher? No teacher I’ve even known would allow one student to get on the shoulders of another student for a “Harlem Shake” video.

You’d think by now people realize what is and what is not a safe place to shake it Harlem style. Well, these ladies from Eastern Wayne High School in North Carolina shook it a little too close to the trophy case. In an unrelated note, in 2010 EWHS was awarded the National Award for School Lunch as the best high school lunch in America.

https://youtube.com/watch?v=NGxIowKh3F0
Ok. So there are certain indicators that this is going to go terribly wrong. One, there’s a full gas can on the hood of a car in a garage with some sort of firework. Two, there are three guys in their early 20s. I mean, the whole thing just screams explosion. So when it happens, we aren’t surprised, but the girl in the background is. Note to self: screaming does not help in fire situations. Although, neither does hitting the fire with your shirt.

People on YouTube have redubbed this “The Harlem Bake,” but I’m a bit more sensitive. Look, the guy is OK so we can laugh about it now, but I prefer to see this as a cautionary tale. “Harlem Shake” safe, people.

What do you think of our list of the top 10 “Harlem Shake” fails? Let us know in the comments below.