The rapper tweeted a message saying he had a new job, but the show itself seems to have no idea what he is talking about. 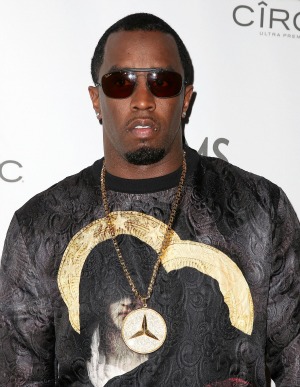 Either Diddy’s Twitter account was hacked on Wednesday, or he is very confused about his next project. The rapper/music mogul tweeted that he would be joining the cast of a popular British show.

“MY BIG NEWS: So happy to announce that Im a series regular on DOWNTON ABBEY-my favorite show+i’ll be debuting a sneak peek tonight 12am PST!,” Sean “Diddy” Combs said on his (verified) Twitter account.

But PBS seems to be in the dark as much as everyone else on the matter.

Diddy’s Twitter account, @iamdiddy, is followed by 8.7 million people. According to Reuters, the Downton Abbey logo was added to the account, as both an avatar and background.

The season premiere of Downton Abbey premiered in the United States in January to an audience of 7.9 million — almost as many people as follow Diddy on Twitter.

“Emmy-winning series Downton Abbey, about the lives of aristocratic Britons and their servants in the early 20th century, is broadcast on Britain’s ITV and on public broadcaster PBS in the United States,” Reuters explained.

The rapper did not return a call from Reuters for comment and has not said anything on the topic. It’s possible it was either a practical joke or his account was hacked.

The addition of Diddy to a period show in Britain seemed like a weird one, but not completely impossible. The 43-year-old has been acting since 2001 and has appeared films like Monster’s Ball and Get Him to the Greek. He has also made guest appearances on CSI: Miami, Hawaii Five-0 and It’s Always Sunny in Philadelphia.

Diddy also received an Oscar nomination in 2012 for Best Documentary Feature as an executive producer on Undefeated.

Danity Kane wants to reunite, but not with Diddy >>

The fourth season of Downton Abbey is currently being filmed in the U.K. (without Diddy).