Britney Spears might be gearing up for her new show in Vegas, but she also reveals that she has babies on the brain. Her new boyfriend better watch out! 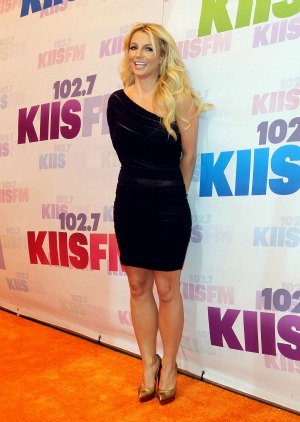 Is Britney Spears angling to have another baby? It sure sounds that way after she stopped by the Extra set and chatted with host Mario Lopez about having a baby girl in the future.

The 31-year-old singer is gearing up for her big show in Las Vegas at Planet Hollywood. She will be in residency at the casino, similar to artists like Celine Dion, Cher and Elton John, who have struck deals with other casinos.

Lopez, whose wife, Courtney Mazza, is pregnant again, talked about his daughter with the pop star.

He said, “I have a girl. I’m very jealous ’cause you have boys.”

That’s when Lopez went right in for the obvious question. He asked, “Oh, you do want a girl! So later on, maybe a little girl?”

She answered with a short, but firm, “Yes.”

The “Toxic” singer does have her hands full though with sons Sean, 7, and Jayden, 6. In fact, they are following in their mom’s footsteps as young performers.

Their dad is former backup dancer Kevin Federline. The couple was married from 2004-2007. Spears is now dating David Lucado, who has been deemed a regular guy who is not interested in the fame or fortune that comes with being a pop culture icon.

A source told E! News, “[To David], it is a regular relationship with a regular girl. He is pretty serious about it. I think they are in a really good place. It is going pretty well. They are happy together. They are having a good time and enjoying the relationship. It’s more serious than most people think.”

Could wedding bells and a baby girl be in their future?

Only time will tell, as the former X Factor judge’s job right now is getting ready for her big Vegas debut.