American Idol’s most controversial judge may be leaving the show. Several reports claim Nicki Minaj is out after one season. She’s following in the footsteps of Randy Jackson, who also stepped down. 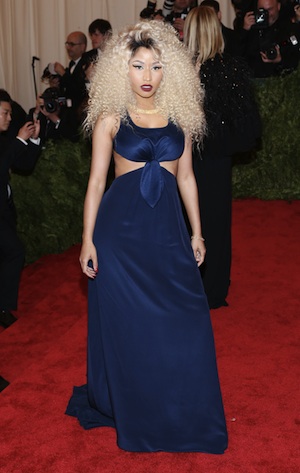 Has another one bit the dust on American Idol? The reality competition’s been drowning in drama, with most of it stemming from its judges. Last week, we learned that Idol mainstay Randy Jackson is leaving after this season, and he might not be alone.

Us Weekly is reporting that Nicki Minaj is also out. The vocal rapper’s spent most of her time battling fellow diva Mariah Carey. But an insider claims Minaj never planned to stick around for the long haul.

“It’s safe to say she isn’t coming back to Idol,” said a source. “She’s okay with it. She had a great time but was only going to do one season anyway.” Minaj wants to shift focus back to her music. She’s currently working on another album, tour and endorsements.

Judges Carey and Keith Urban have remained radio silent about their status. If Minaj’s exit is true, that’s two down and two in limbo. Those American Idol producers have a lot of work to do. It’s no wonder journalists continue to ask Jennifer Lopez about a possible return.

The singer, dancer and actress is now the chief creative officer of NUVOtv. Wednesday, she appeared at the network’s upfront presentation where she responded to Idol rumors. Will she or won’t she return?

“I don’t know. That’s the question of the moment,” Lopez said. “I loved doing the show. I’ve said that over and over. If it came down to it and things were right and it worked out right — we have a lot going on right now. For an offer to come in and for me to consider it, I would have to sit down and look at my next year.”

Do you want Lopez back? Should Idol start from scratch?