Most fans never know what goes on behind the scenes when their favorite bands are out on the road. Country artists Gloriana decided to bring along a video camera to take their listeners where fans have never gone before. 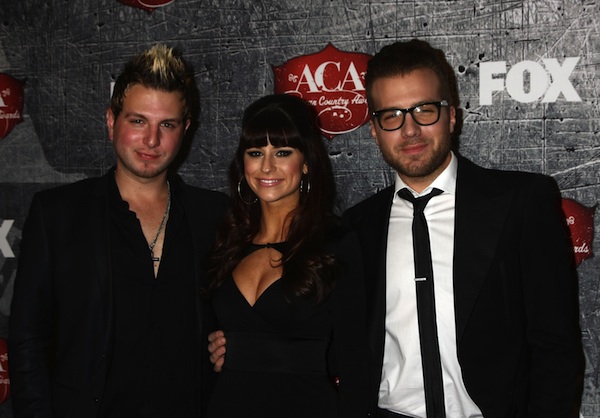 Brothers Tom and Mike Gossin formed the country trio Gloriana in 2008 with Rachel Reinert and have been making beautiful music ever since.

After winning the 2010 ACM award for Top New Vocal Group, they followed up their self-titled debut album with 2012’s A Thousand Miles Left Behind.

They performed their 2012 hit “(Kissed You) Good Night” on The Bachelorette, and the song promptly hit the top 10 on the country charts.

Their third single, “Can’t Shake You,” has sent them all over the nation promoting their album.

Recently, the trio gave country fans a peek into a world that many don’t get to see. They created a video that gives an exclusive behind-the-scenes look at what it’s like to be on the road appearing at events, TV appearances and special performances.

Called the “Gloriana Road Check,” the video starts with their appearance at Minnesota’s Mall of America in March.

Then we go inside of their tour bus as they travel across the country to appear on The Tonight Show with Jay Leno. We get a sneak peek at just what it’s like to be back stage waiting to go on — complete with makeup chair and nervous jitters.

Next, it was off to California to perform in Napa Valley, Camp Pendleton and a special bridal event, with the band meeting fans, Marines, brides and comic book legend Stan Lee along the way.

Check out their whirlwind trip below and experience just what it’s like to be a hot new country band on the rise.

Should more bands take cameras on the road and give their fans the behind-the-scenes experience? Which bands would you like to see behind the scenes? Let us know in the comments below.