Is it time for Modern Family‘s Cam and Mitch to get hitched? The ACLU believes so, and they have an idea for how to make the marriage happen. 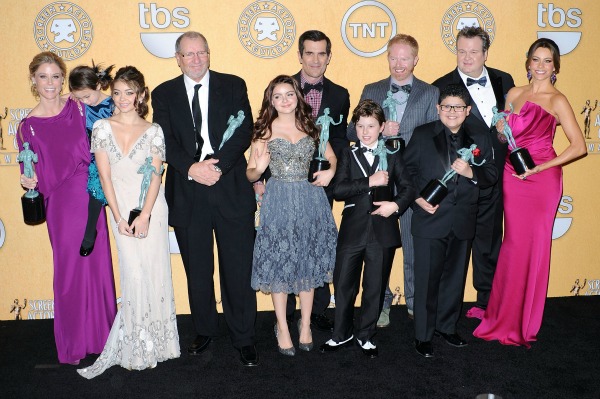 The ACLU needs your help getting this message to Modern Family‘s producers: “America wants to see Cam and Mitch get hitched!”

If you’re ready to see those in charge create a wedding episode for beloved gay parents Mitchell Pritchett and Cameron Tucker, then it’s time to RSVP on the guest list. On the ACLU’s site, those supporting the idea can fill out their contact information as a way to “Tell the producers: If Cam and Mitch get hitched, I’ll be there!”

“The freedom to marry is being advanced in American living rooms as much as in court rooms,” said ACLU Executive Director Anthony D. Romero in a press release. “As we wait for the Supreme Court to rule, we want to keep this issue on the minds and screens of Americans everywhere.”

A message on the ACLU’s page adds, “The freedom to marry is spreading. So it’s time for America’s biggest, red-beard-iest prime-time couple to get hitched in front of millions of American viewers.”

Check out the show’s Jesse Tyler Ferguson and Eric Stonestreet looking dapper at the 2011 WGA Awards, performing “Write it Gay” — advice Modern Family‘s creators may just take to heart if the ACLU gets their way!

Will you be RSVPing to the Modern Family gay wedding?