Angelina Jolie is reportedly set to undergo another surgery — this time, to remove her ovaries. 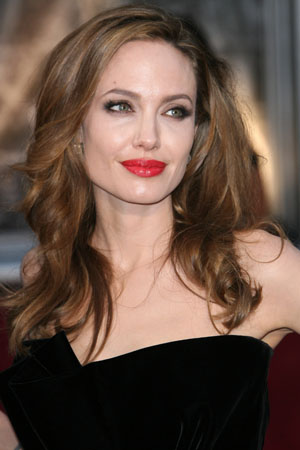 Angelina Jolie had a decision to make when she found out that she’s a carrier of the deadly BRCA1 gene: Ignore it or get a double mastectomy.

She opted for the latter and drastically cut the high odds that she’d develop breast cancer. However, she still faces a 50 percent chance of developing ovarian cancer.

That’s about to change too, according to People.

The mom of six also plans on going under the knife to have her ovaries removed. Doctors typically recommend that women wait until they’re 50 — or until they’re done having children — before getting the invasive procedure.

No word on when Jolie plans to have the surgery, though it’s highly unlikely we’ll find out until it’s already done. The fiercely private actress managed to keep her double mastectomy a secret until earlier this week — no easy feat in today’s intense media climate.

And how did Jolie and fiancé Brad Pitt manage to keep it a secret? They just acted like everything was normal, despite the painful surgery.

“Things appeared normal,” a family friend told People. “The kids were in school during the day and attending after-school activities as they always do.”

Then again, our definition of “normal” isn’t exactly the same as the Jolie-Pitts’.

“Normal life for her meant going to the Congo with the foreign secretary, William Hague,” British journalist Cathy Newman wrote. Newman was with her on the trip and didn’t know anything was different.

“I had not the slightest inkling of what she was going through. We travelled for hours to various camps for people displaced by war, along horrendously bumpy, volcanic tracks. For a woman recovering from major surgery, I can only imagine how difficult it must have been.”

Jolie isn’t exactly known for her emotive personality, though.

“You could never tell what Angie has been going through,” the friend told People. “Angie might have seemed a bit more tired than usual, but otherwise things have seemed very normal.”