Goop is branching out into events, it seems, if a Groupon offer for a $2000 weekend in New York featuring a cooking demo from Paltrow herself is any indication (and we think that it is!). 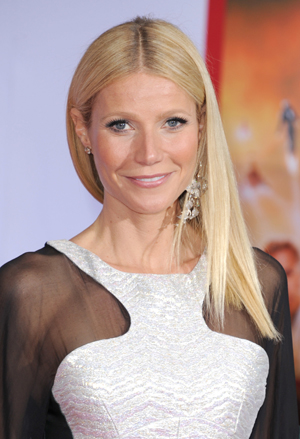 Want to fly to NYC, stay at the DoubleTree, get spa treatments and meet Gwyneth Paltrow for $2000? Well, you can’t — the Groupon offered by the Goop queen has already sold out. But just the fact that she offered it is simply amazing.

The weirdest thing about the deal is that it includes a cooking demo and meet-and-greet with Paltrow.

As Lainey Gossip points out, “Where else are you going to get an OSCAR WINNER to teach you to make fat-free, dairy-free, gluten-free cupcakes?”

At the same time, $2,000 seems like an odd price to pay to meet a really famous person. And one wonders why Paltrow would do it.

“How many times have we heard about how she’ll only do one movie a year because she can’t bear to be away from her children? Yet she’s giving up a Friday night to hang with Groupon shoppers?” Lainey Gossip asks.

The deal includes round-trip airfare from anywhere in the U.S. or Canada, a junior suite at the DoubleTree, spa treatments for two, dinner for two, airport transfers and, of course, the cooking demo with Paltrow.

Lainey Gossip would love to go see what “GOOP’s skin looks like IRL” and points out that the trip would at the very least net users a wonderful new Facebook profile picture.

Groupon users snapped it up quickly; only 60 spots were offered.

Paltrow has been making noises recently about wanting to expand Goop; the site has begun offering city-guide apps for London, New York, Los Angeles and soon, Paris. Could this NYC trip be part of a new initiative? Or is it just a very unusual one-off?