No, Demi Moore and Ashton Kutcher are not divorced yet. Now they’re squabbling over money Kutcher says he earned post-split. 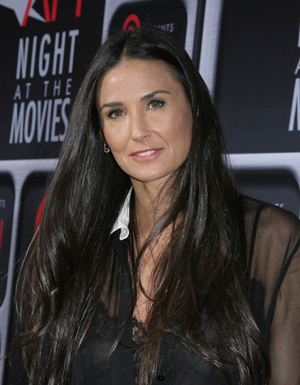 Ashton Kutcher is making bank with his tech investment fund, and Demi Moore wants her payday.

That’s what a source told Page Six, claiming that the despite extensive negotiating, the pair are not yet officially divorced, and the proceedings have gotten stalled over a money matter.

It seems that Kutcher has thrown in with a venture capital fund. A-Grade Investments gives money to tech startups and was recently valued at $100 million.

“Ashton owns 20 percent of the fund; under California law, Demi should be entitled to half of his share — $10 million,” said the source.

According to the Post, Kutcher contends that any money he made through A-Grade was made after the pair split, even though he set it up in 2010 when they were still together.

Anyway, Kutcher told Moore’s lawyers that the fund hadn’t really made a lot of money. The $100 million figure was a valuation A-Grade used when seeking more investors, it wasn’t like they actually made that much money.

The Post points out that the last “major payday” for Moore was 2003, when she got $2 million for Charlie’s Angels: Full Throttle. On the other hand, Kutcher is the highest-paid actor on TV, making a cool $700,000 for each episode of Two and a Half Men, according to the Hollywood Reporter.

A-Grade has invested in Spotify, Shazam, Airbnb, Foursquare and Uber, among others.