Angelina Jolie’s relationship with her dad Jon Voight hasn’t always been smooth, but he was surprised when he found out with the rest of the world that his daughter had had a life-changing procedure. 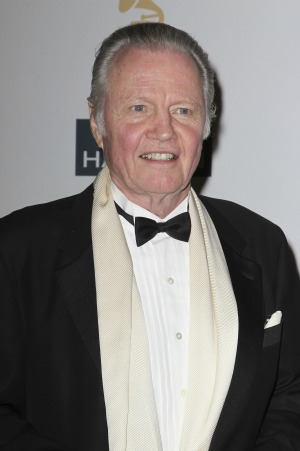 Angelina Jolie’s news that she had undergone a preventative double mastectomy came as a surprise to everyone, including those closest to her.

Jolie’s dad Jon Voight told the New York Daily News that he found out just like everyone else: By opening up the New York Times on Tuesday morning, May 14.

“I found out [Tuesday] morning,” he told the newspaper. “I was as surprised as anyone and deeply moved by the way she’s handled this. She’s a very extraordinary person, the way she examined it and what she shared.”

Voight and Jolie had a falling out in 2001 when Jolie accused her dad of cheating on her mom, but they reconciled in 2010. The actor said he had just seen his daughter days before the announcement, but she didn’t mention anything about the surgery.

“My love and admiration for my daughter can’t be explained in words,” he told the New York Daily News. “I saw her two days ago with my son Jamie. We all got together for his birthday, with her and Brad (Pitt). But I didn’t know. It wasn’t obvious at all. I found out (Tuesday) morning. I was as surprised as anyone and deeply moved by the way she’s handled this.”

Jolie’s procedure happened between February and April, and she did everything she could to keep it a secret from the world.

“She discussed it with Brad and a few people in her life but very very few knew,” a source told Us Weekly.

Jolie’s mom Marcheline Bertrand died in 2007 at the age of 56 after a long battle with cancer. Jolie said she chose the procedure after finding she carried the BRCA1 gene, which could make her more susceptible to cancer.

“My [younger] children will never have the chance to know her and experience how loving and gracious she was,” Jolie wrote in her New York Times piece.

Voight said he understands why Jolie didn’t tell him she was undergoing the procedure.

“I completely understand,” he said. “I want the focus to be on the inspiration.”