Don’t call it a comeback. Danity Kane has re-emerged on the sunny streets of L.A. After four years apart, the former Bad Boy divas are planning a return. 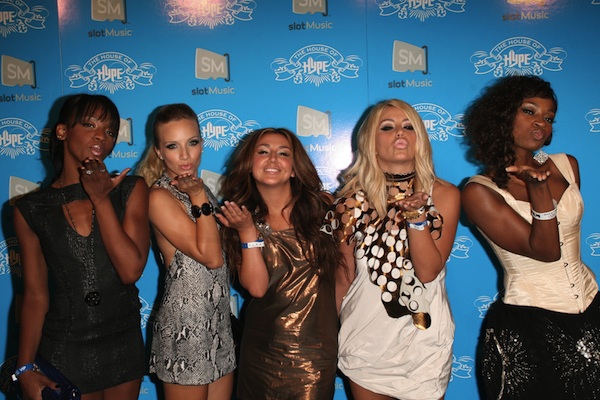 Do you remember MTV’s Making the Band? It was a hit reality show featuring Sean “Diddy” Combs and a slew of undiscovered talent. He used the program to find acts for his Bad Boy record label. One of the most successful groups to come out of his search was Danity Kane.

Danity Kane was a girl group that consisted of Dawn Richard, Aubrey O’Day, D. Woods, Shannon Bex and Aundrea Fimbres. They met, auditioned and officially formed during Making the Band 3.

The group has two albums to its credit: 2006’s Danity Kane and 2008’s Welcome to the Dollhouse. Shortly after their sophomore effort, the ladies disbanded and went their separate ways.

Aubrey O’Day: Love her or hate her on Celebrity Apprentice? >>

According to TMZ, four of the five members were recently spotted having lunch in Los Angeles. They were meeting with a new manager to discuss a possible reunion. When asked if Diddy would also be involved they said, “No.”

Apparently there’s no love lost between Danity Kane and their former mentor. We’re not surprised, considering the rumors surrounding their demise. In 2009, Diddy released them from their contracts, with the exception of Richard. He then formed the trio Dirty Money, which featured himself, Richard and singer-songwriter Kalenna Harper.

Dirty Money disbanded in 2012, making Richard a free agent. We hope the ladies can get an album or tour off the ground. These days, great girl groups are few and far between. Some of Danity Kane’s previous hits include “Ride for You” and “Show Stopper.”